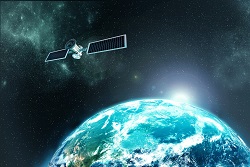 Inmarsat has announced it is planning to open up its platforms to developers in a bid to develop new forms of technology.

The mobile satellite company said it wants developers to come up with new ways of connecting things on land, sea and in the air.

The announcement was made on the first day of the company's inaugural Developer Conference, which will discuss the best ways developers can work within the maritime, enterprise, aviation and government sectors.

Inmarsat CTO Michele Franci said: “We recognise the constant need for people and things to be connected regardless of time or location. We have been providing global mobile connectivity for decades and want to leverage this position to facilitate the development of new applications, enhancing the way in which people interact with our technologies.

"Our new open technology approach, based on building blocks made easily available, will allow both new and existing partners to take advantage of our cutting edge technology, particularly Global Xpress, as a platform on which to build bespoke applications in new areas.”

Satellite connectivity is becoming an increasing area of focus for the telecoms industry with both Qualcomm and Virgin announcing last week that they were investing in the OneWeb project. It aims to use 643 micro-satellites to bring mobile internet to remote regions. That project plans to use the Ku-band to get people online.

On Friday, Elon Musk, CEO of spacecraft company SpaceX, said he was planning to build a satellite network of his own. He reportedly said the project would cost $10 billion (€8.63 billion) and take around five years to complete.

Google is said to have emerged as a potential investor in the company, with reports it is close to spending $1 billion (€863 million) to part fund the project. It is also working on its own projects to connect those without ready internet access.

EU aircraft to be connected via Inmarsat satellite tech