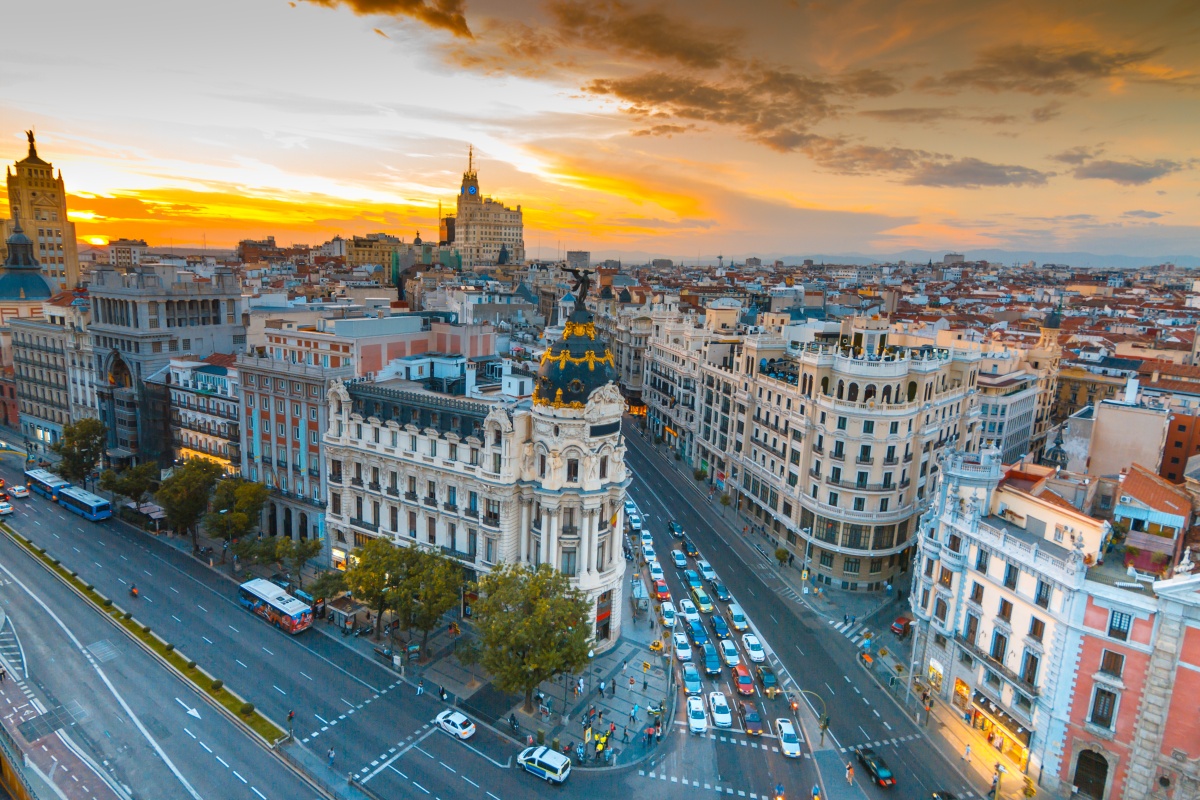 Juan Manuel Caro Bernat is Director of Operations Transformation at Telefónica. He talked to Annie Turner about the operator's transformation journey.

Juan Manuel Caro Bernat is better known as Juanma, reports directly to Telefónica's Global CTIO, Enrique Blanco, and lives and works in Madrid (pictured). At the time of this interview he was just short of his twentieth anniversary at Telefónica.

Caro Bernat is leading a transformation programme that began about six months ago and has an initial three-year horizon, but Caro Bernat humorously predicts it “will never end” – because the “end” goals will forever evolve.

The programme’s aim is to dramatically change the operator’s IT and network operating model, accelerating the adoption of the new ways of working needed to manage the future open and virtualised architecture and, ultimately, fulfil the promise of autonomous networks.

He says that “the network is changing in ways it has never been changed before”, and that these alterations are “happening very fast”. Indeed, on the day of our interview, Telefónica Deutschland/O2 announced it was the first network in Germany to have Open RAN live, at three pilot sites in Bavaria.

Ecosystem play This is acting on the plan it announced in March 2020 – to create an ecosystem to advance the testing and industrialisation of Open RAN across its footprint. Its founding partners included Altiostar (in which it has invested), Gigatera Communications, Intel, Supermicro and Xilinx.

The RAN accounts for a big amount of the operator’s network CapEx, and the idea behind the Open RAN movement is to introduce greater competition into the market to stimulate innovation and reduced prices.

Caro Bernat notes there is also a hidden “cost” associated with Open RAN in terms of more complex operations and an integration burden that must be tackled, but believes it definitely pays off.

Although there are already millions of customers using services running on virtualised networks in some countries, Caro Bernat stresses that, “You cannot operate an open and virtualised network using the same model of operations…we need to change the way we do things to get all the advantages of the new technologies: automation is mandatory, right across the access, transport and core networks to tackle the complexity and take advantage of the benefits of a programmable network”.

He continues, “The technology changes are both problem and an opportunity, and it will always keep changing,” which also means constant operational changes.

So where is Telefónica in its progress towards open, programmable and automated networks and IT? Caro Bernat comments, “We are working on very practical use cases…and with other operators to define how to fully automate and there is a long way to go to reach that ‘autonomous’ moon-shot”.

The years 2020 and 2021 are the short term regarding the new Telefónica’s automation strategy, with two main areas of focus. The first is about putting the “enablers” in place, by which Caro Bernat means deploying open data platforms built on open-source software to get rid of the intractable problem of siloed data.

The data from those open platforms, as well as from infrastructure, and including orchestration data and AI, will be flowed into data lakes that are open source.

Automation will be built on top of this enabling layer, which Telefónica calls Fast OSS. It is complemented by UNICA Next, the group’s end-to-end virtualisation programme: for example, if Fast OSS needs to scale up a function in the evolved pack core as a serious overflow of traffic is predicted, capacity can be duplicated or halved, or whatever is necessary to maintain the right level of service, dynamically and without human intervention.

Caro Bernat says, “Fast OSS means we can put all the data from all over the network – all the VNFs, servers, orchestration, AI – in a common data lake. It is designed this way using open-source standards like [Apache] Kafka [the distributed event streaming platform] or Elasticsearch.”

Fast OSS was developed by Telefónica to ingest, normalise and model data from multiple sources. Along with technology partner Everis, they were part of a team that ran a proof of concept Catalyst project at TM Forum, working with fellow champion American Tower Corporation, supported by Verbio, and Vlocity, a Salesforce company.

The idea is that this control can be applied to any network function using the UNICA Next architecture, taking it up to the service level – and even to the customer level– because everything below in the network is automated. The provider could even restart a site, as operators currently do from a network operation centre (NOC).

The Catalyst used the Forum’s Open Digital Architecture (ODA), which is an evolving framework for the type of open architecture Telefónica and many other network operators need to make fully automated infrastructure reality. In summer 2020, Telefónica committed to developing the ODA, along with fellow operators and some major vendors.

Enrique Blanco, CTIO, Telefónica Group, said at the time of the announcement, “The Open Digital Architecture is a true enabler to accelerate this digital transformation, allowing limitless scaling and multi-tenancy while remaining agnostic to the choice of underlying compute platform.

Data is the key

As Caro Bernat stresses, “Data is the key – you cannot automate without usable data,” which involves “introducing new processes, new tools and new skills into the teams – you must have operational transformation in parallel with technology advances”.

Hence the second strand of short-term activities is establishing new ways of working that can properly harness the enablers. This is all about breaking down organisational siloes, such as those of IT and Network.

The ethos at this end of the deal is “to streamline plan, build, operate” Caro Bernat explains, using DevOps and reskilling teams so that they can work in the planned programmable environment.

He acknowledges that shifting mindsets and making organisational changes is perhaps the greatest challenge of all, and technological change will not succeed without it. He said his company engaged the workforce in a lot of communication about the changes and why they are needed, while they are still working in the current ways in readiness.

He says, “It is important to create a common knowledge and understanding of what’s coming. If people are very involved, they are willing.”

He is insistent that it is essential to have new critical skills in-house, noting, “It might be in ten years’ time that we can buy automated network components out of the box, but at the moment we need to develop it ourselves because there is nothing out there on the market”.

Moving to the medium term of 2022-2023, Caro Bernat says, “So the enablers and infrastructure will be in place, then we move to the automation mode and need to focus on simple use cases first and AI, then progress to more complex, cross-domain, use cases. As we gain experience and more data and platforms, we will push automation to the next level.

“We will change how we work in every process – our priorities will depend on what the market needs – for deploying, integrating, testing and operating. We will be upgrading the network constantly, and maintenance windows will disappear (or so they say!). This is because microservices will let us produce new versions of VNFs as we need them.”

“We will then have hundreds of VNFs running over virtualised infrastructures, and we will be updating every one of them on the fly, then test immediately. At the moment, the testing for bare dmetal equipment takes us weeks or months, so the processes must change dramatically.”

The second plank of this mid-term automation phase will be putting self-healing, self-provisioning and “and all the other self-things” to manage traffic automatically and to fix themselves if a problem arises. Caro Bernat notes that although these “words” have been around for a long time, it is only now, with all the other changes in tandem, that they are becoming “properly possible”.

He views 2024 and beyond as the long term, moving towards autonomous networks that can manage complex problems. He says this will be “scientific” R&D territory, for example progressing TM Forum’s ODA with other operators to ensure standardised approaches and interoperability of services, which will allow operators to deliver services beyond their own footprint.

The Forum’s suite of Open APIs is a critical element of the ODA, and Telefónica was a founding member of that initiative too, back in 2016.

He states, “We will see many new [vendor] entrants to the market like the Open RAN companies we mentioned earlier, but also companies like IBM and NEC from the IT side: sourcing will change in the ecosystem.”

He acknowledges that delivering services is another aspect of new ways of doing things and says this will change how telcos approach procurement, involving far more co-creation than ever there was in the past. It will also necessitate new business and partnership models, “changing the traditional way in which we interact with the ecosystem”.

Caro Bernat says, “We don’t know exactly what the future autonomous network is going to look like yet, but it is clear to me that openness and end to end virtualisation will be key characteristics. And on top of that, we need to define an automation architecture and hierarchy based in AI algorithms embedded in every layer and working together somehow. It sounds like a challenge!”