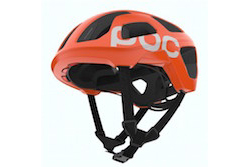 One problem with safety products of any type is you are effectively selling the "worst case scenario".

Take eCall, the initiative that will call the emergency services to the scene of an accident from a crashed vehicle. The USP is "if things go badly wrong, we'll send an ambulance".

However, Ericsson was encouraged by the response it got from cyclists during a roundtable it held to discuss a new safety product.

The Sweden-based vendor has developed a bespoke helmet that connects via Bluetooth to a tracker app such as Strava on a smartphone.

The prototype, which was showcased by Ericsson and technology partners Volvo and sports gear makers POC at last week's CES, tracks the cyclist's speed and direction, with details fed into the cloud.

By tracking Volvo cars that are using similar technology, the cloud can effectively predict potential accidents and send warnings to road users. The cyclists' helmet vibrates and flashes to alert them to potential danger.

Magnus Lundgren, Ericsson's Head of Connected Vehicle Cloud, tells Mobile Europe cyclists were encouraged by the potential features of the prototype tech, given the risks they face on the road.

He says: "When you speak to cyclists, most of them will tell you about a crash they have had during the past year... so something like this is a much better value proposition for them."

Ericsson has already been working in this area, having unveiled a cloud solution last year that tracks data about road friction from cars and sends information to other road users; a useful proposition for those driving through the icy Nordics.

As Lundgren accepts, the road friction solution is currently a more viable offer. He says: "It's something that isn't necessarily time critical. You are sending a warning to cars about a patch of ice several hundred metres ahead."

But because of the razor thin reaction times needed to prevent accidents between motorists and cyclists, low latency is vital when it comes to preventing potentially dangerous situations.

Cyclists account for around six per cent of all traffic fatalities across Europe's roads, according to figures from the European Commission.

Lundgren admits that to make the helmet technology a reality, Ericsson "really need to work on the network side". He adds: "If you were to deploy it today, it simply would not work [as it should]."

He says it is likely it will be the 5G networks that will be able to provide the sub 2mms latencies required to make this work.

Along with issues of latency, Lundgren accepts that more needs to be done when it comes to interoperability. However, he says the changing face of the automotive industry, with its focus on collaboration on standards and technology, is a sign that a product like Ericsson's will not be tied solely to Volvo cars.

He explains: "Look at the telecoms industry and how it has evolved - consumers can roam across different countries, for example. When we speak to manufacturers, they are starting to talk to one another about sharing data and making things like this happen."

He says collaboration is central if telecoms is going to play a central role in road safety. "If you think about safety on the roads, we need to be involving all actors."