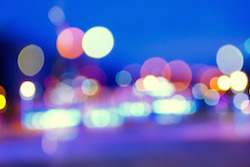 At last week's Westminister eForum event in London dedicated to the IoT, delegates were told that there were issues surrounding security and the cost of devices in particular.

Gary Barnett, Chief Analyst for Software at Ovum and an IoT enthusiast, having built his own air quality monitoring network, admitted the technology would change how the world works. He said: "By 2030, we will be thinking how did we survive without this kind of connectivity?"

But he claimed that there was a lot of "nonsense" being discussed about the IoT, particularly with regard to data growth overloading networks.

He said: "The truth is the vast majority of IoT ‘things’ do not need a quad-core processor, etc. The majority of things will be remarkably dim sensors doing very simple things."

Such claims were backed up by David Taylor, the Managing Director of M2M at O2 UK. He said: "Even though we are seeing huge predictions, it's fair to say we are not seeing that vast demand on our network today. So there are things we need to fix in order to unleash the IoT. That is, how do we create those intelligent systems that make decisions at the edge of the network? We need to make sure our services are interoperable."

The current stumbling blocks appear to be the cost of chipsets, as well as device security. David Harrison, Director of Technology Strategy at regulator Ofcom, said: "We want cheap devices but many of the security systems on networks are used on more expensive devices such as smartphones. How do we migrate the current framework into one of high volume and low cost devices?"

Underlining the current problem the industry faces, O2’s Taylor described the issue as a "vicious circle" as companies are put off by the current cost to entry, leading to the sector failing to hit the volumes required to drive down chipset prices.

Chi Onwurah, the shadow minister for the UK cabinet office and a former telecoms engineer, said that the benefits of the technology were still not being fully discussed. She warned: "With the concept of smart cities, the only people to benefit have been consultants."

With the IoT expected to dominate next month's Mobile World Congress as it did last month's CES, there are still a large amount of uncertainties to overcome in order to reach the promised land of 100 billion connected devices.