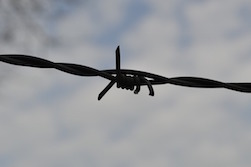 The call for BT to open its fibre network to rivals is just one facet of the UK’s increasingly complex infrastructure, as operators and regulators prepare for a transformed landscape in the wake of recent M&A activity.

Today, Ofcom announced proposals that would give BT's competitors access to its fibre-optics, allowing them to use the network by connecting their own equipment. The regulator describes these lines as an invisible but "critical building block" in the UK's infrastructure, especially given the sharp increases in mobile data usage.

Beyond its brilliant science-fiction moniker, dark fibre has been a contentious issue for operators for some time. They have had to pay BT for access to fibre optic cable to allow them to offer it to their own customers.

Operators have privately grumbled that BT has dragged their heels over the installation of leased lines, something Ofcom has recognised, demanding BT take a maximum of 40 working days to set up a leased line.

The consultation on the proposals closes at the end of July but BT has already laid its case out early. A spokesperson for the operator said: "Mandating dark fibre risks favouring a few companies that have the greatest capability to deploy it, to the disadvantage of all other firms.

"It will undermine investment - as a number of service providers have warned - and it would also increase costs, divert resources and add more complexity just when we're beginning to make progress on improving service."

Matthew Howett, a telecoms analyst at Ovum, argues the row over who should have access to dark fibre is one facet of a much larger issue. He says: "The elephant in the room is the ongoing merger investigation between EE and BT. Vodafone has been particularly vocal about the conflict of BT providing backhaul for MNOs."

While BT would be extremely keen to hold on to their fibre network, with Ofcom estimated the leased lines market is worth some £2 billion, Howett argues there is only so hard it can fight its corner. He says: "It wants to push back on anything happening on remedies but it also wants to get approval for the merger."

EE benefiting from BT's fibre network is not the only thing that will change following the completion of the acquisition. Both EE and the combined O2/Three operator will have transformed, and considerably swollen, spectrum holdings with Vodafone the only operator sticking with what it has.

Unlike in Germany, for example, where Telefónica Deutschland had to sell off 30 percent of its combined spectrum holdings after buying E-Plus, Howett suggests operators may not be forced to shed spectrum in the UK.

Within the next year, Ofcom is planning to hold a spectrum auction for the 2.3GHz and 3.4GHz bands, which will give it an opportunity to correct the market.

When the auction was announced last year, Howett says one snippet of hidden information was how Ofcom raised the cap of just how much spectrum an operator could hold. He says a combined BT/EE would sit under that cap, even if it kept all of its frequency.

He says: "Where the issue is is in the optimal mix. BT and EE both have higher frequency spectrum but not that much in the lower bands. Three and O2 will be in the opposite position." A spectrum swap could be an easy solution to solving unbalanced portfolios.

But while spectrum may be easily solved, physical infrastructure could prove the most problematic. EE and Three share infrastructure as part of its MBNL joint venture, while O2 and Vodafone do the same with the more unwieldy titled Cornerstone Telecommunications Infrastructure Limited.

Howett says: "The most complex aspect of all of this. Clearly something has to happen or you have the case of one operator sitting in both camps making decisions about how competing networks develop."

One happy party within this issue will be the operator’s legal teams, as they try and untangle a particularly thorny set of agreements. When it does, the UK market will be transformed from what consumers and businesses have been used to during the past 10 years. Expect plenty more disagreements to come.