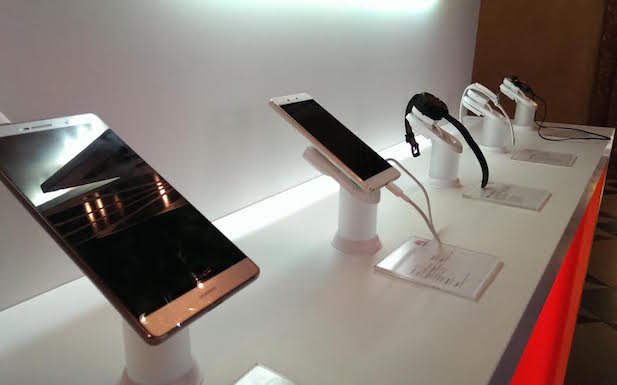 The success of wearables could lie in the smart home, as the sector continues to struggle with poor battery life, a conference has heard.

Speaking at Huawei's Innovation Day event in Munich, Christian Stammel, CEO of Wearable Technologies group, told delegates that wearables would play a central role in the connected home by communicating user data to smart home systems in order revolve around their needs.

By way of example, Stammel said wearables could determine a user’s stress level and select appropriate music to play as they arrived home. Alternatively, a device could measure a users’ body temperature and set the thermostat accordingly.

Stammel said: “In order for these devices to be useful, they need to give something actionable to the end-users. This is the one thing that is needed for wearables not to be boring.

“They also need to put order into the Internet of Things to make it ‘the Internet of You’. Does it really matter how smart a thermostat is if it doesn’t know if you’re hot or cold?”

Annette Zimmerman, Research Director at Gartner, said smartwatches in particular had a key part to play in connected home control systems. However, she said the same tired issues of battery life and lack of useful applications remained a hurdle.

Zimmerman said: “I think its very important that [wearable tech] integrates with the ecosystem. Smartwatches will play a central part in the connected home - I think that’s going to be key. But we’re definitely not there yet. The UI is very rudimentary today and is not optimised on smartwatches.”

Zimmerman added while wearable shipments were expected to hit 200 million in 2015, smartwatches did not have a big part to play in the figure.

“We don’t see the smartwatch being a huge market for the next few years,” she said. “[Also] I don’t think it’s going to be dominating technology because battery life is not there yet.”

The retrofit system shows drivers the speed required to pass through traffic lights and displays a countdown timer indicating when red lights will turn green. Connected to the car’s start-stop mechanism, the system will also start the vehicle’s engine five seconds before the light turns green, Reich said.

However, Reich called for a common interface that allowed cars to fully connect with city infrastructure and enable manufacturers to develop “very accurate maps” capable of showing real-time hazard and pedestrian data.

He said: “In Europe, We need a common interface for the cities, like in the US. This will be the next generation of mobility to connect the car with infrastructure.

“It will be a job in combination with car manufacturers, traffic management authorities and with cities.”