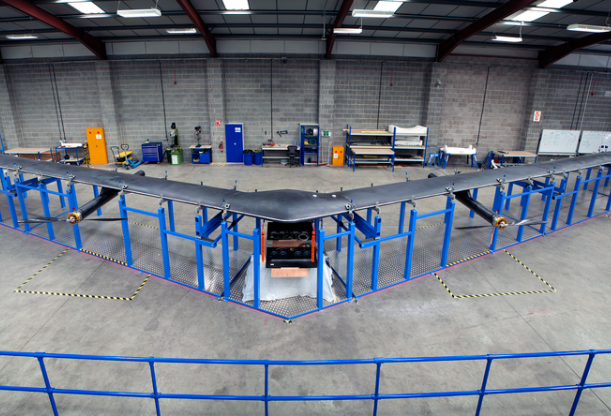 Depending on your levels of cynicism, Google's Project Loon is the internet pioneer at its imaginative best, or self-indulgent publicity seeking worst.

The project aims to use hot air balloons to bring wireless connectivity to huge swathes of the unconnected. A noble venture, but questions have been asked about how they will be able to stay in the air for the huge amounts of time required.

We'll get a closer look now, after Google revealed Sri Lanka will be the first country to benefit from blanket coverage, after trials in New Zealand in 2013.

The balloons will be twice as high in the air as commercial aircraft, AFP reported, so if you visit Sri Lanka, you will barely notice they are there.

Sri Lanka is something of a mobile pioneer, becoming the first South Asian country to roll out a 3G network back in 2004.

Not content with extending its Internet.org project this week, Facebook gave more details about how it would bring connectivity to more than four billion people who can't get on line. It revealed a full scale version of its Aquila drone, which looks rather threateningly like a stealth bomber to these eyes.

The aircraft has a wing span akin to that of a 737 but its carbon frame means it weight considerably less. It will fly at altitudes of up to 90,000 feet for as much as 90 days.

Sticking with the "benign but also kinda threatening" tech, Facebook has also designed and tested a laser that can deliver tens of GBs of data per second.

Jay Parikh, VP of Global Engineering and Infrastructure, explains: "When finished, our laser communications system can be used to connect our aircraft with each other and with the ground, making it possible to create a stratospheric network that can extend to even the remotest regions of the world."

See? Nothing to worry about.

It's tough at the top, as the world's biggest smartphone maker Samsung saw profits fall eight percent and it pledged to slash the price of its S6 and S6 Edge smartphones.

The Korean electronics manufacturer has been caught in a pincer between Apple and low-cost Chinese rivals making nifty Android handsets. While it still made a tidy 5.75 trillion Korean Won in profit (€4.5 billion), it is struggling to return to the heady days of 2013 when it accounted for almost one out of every three smartphones sold. According to IDC, it now has to cope with a market share of 24.6 percent. Bless.

The dangers of enforced fun

It's summer party season. The highs of free booze, the lows of getting stuck chatting to that one person in the office you have nothing in common with.

It could be worse. A collective shudder went through the Mobile Europe office when we learned of Cisco Rocks, the company's summer party and way of saying goodbye to outgoing CEO John Chambers and hello to new head Chuck Robins.

Dubbed Cisco Rocks, both execs made their entrance to the event via a Top Gun pastiche video. But we were assured: "The video proved more thematically relevant to the two men’s journey beyond it’s [sic] comical exterior."

The day appeared to be split between the serious and the enforced fun. As Cisco noted: "There could not be a more appropriate setting to celebrate Chambers’ dedication and the induction of a new leader than a football stadium.

"The energy bouncing off of the crowd rivaled that of any sporting event, and Chambers’ speech was much like a raring pep talk—encouraging Cisco employees to be prepared for the next phase of digitisation."

We're sorry we missed it. It beats having to build a raft with your colleagues.