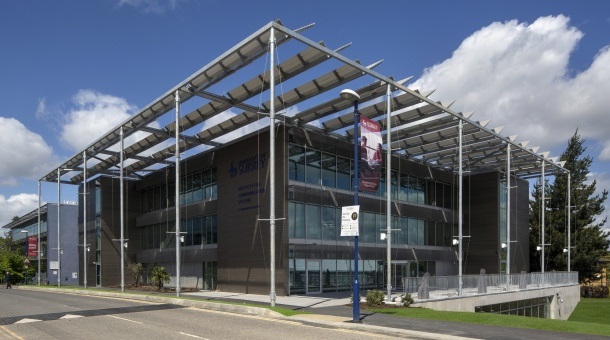 Europe's latest attempt to set the agenda for the forthcoming 5G market officially opened yesterday, with a UK centre preparing to build a network where machine-to-machine communication is as important as people-to-people.

Research at the University of Surrey has actually been under way for three years. The centre has received more than £70 million (€96.2 million) in investment, with partners ranging from the UK's four operators to vendor partners such as Samsung, Huawei and Cobham Wireless.

Rahim Tafazolli, Director of the 5GIC, said the centre is the largest telecoms research institute in Europe, with more than 24 partners and 170 researchers at work. This broad church is necessary, given the perennial question of what 5G is and isn't.

He said: "In order to see what is going to be 5G, what applications, services and usage we will be serving, it's very important to look at the past and present [and] the impact of wireless connectivity. 5G is expected to serve the market for 20 years. That's a long time to predict."

The current testbed has an advanced 4G network that will be gradually upgraded into a fully functioning 5G one. The centre is aiming to deliver speeds of 10GBps per cell by 2018.

One of the trials yesterday involved 4K video being streamed from a laptop onto a television. The BBC and Huawei worked on the project, although the broadcast was subject to the occasional freeze. While it didn't derail the demo, it did show the work that still remains.

Another demonstration focused on the ultra dense networks that 5G will power. Huawei showed how a new radio waveform, 5G Sparse Coding Multiple Access, could dramatically up the amount of devices that can be supported by a network, in this case three times as many as 4G.

Speaking to reporters, members of the research centre were keen to stress how 5G would be a dramatic step forward from LTE. According to Tafazolli, there is plenty of innovation left in existing LTE.

Luke Ibbetson, Vodafone Group's R&D Director, said: "It's not strictly the case that we will be pushing consumers towards the technology. It's brand new industry segments that will be pulling the tech because it can enable services that will be beyond what we can do today."

The next step for the centre is developing contributions to standards bodies so the question of what 5G is can finally be solved. Tafazolli is aiming for 2018 for when the centre will have a fully integrated 5G network on campus, powering mobile broadband and Internet of Things.

He said other pressing concerns included how to deal with security and privacy, which are "more important" issues than previous generations of mobile connectivity.

He might have boasted of the centre being the largest in Europe but research into 5G is an increasingly crowded field with a new landmark, development or breakthrough being announced on a seemingly weekly basis.

While Tafazolli's claims place the centre as potentially Europe's best hope to set the agenda for 5G, he warned nothing would be achieved without working with others.

He said: "The ethos of the centre is not built on competition but cooperation. 5G will be achieved through global collaboration so that everyone will benefit from working to a single standard. This technology will then be commercialised from 2020, driving economic development and research for the UK, while delivering research that will impact the world."