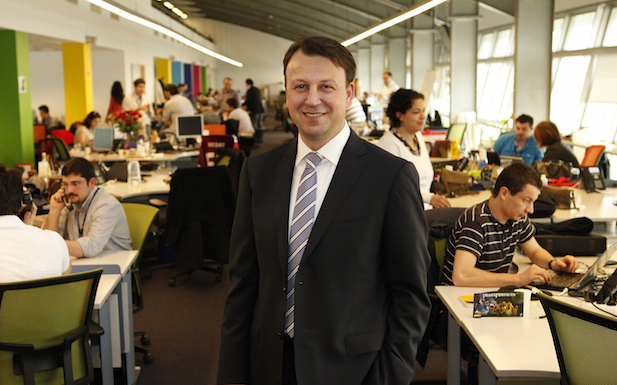 On 1 April next year, the gun will finally be fired on Turkey's 4G-era and Turkcell is aiming to take a leading role by launching with an LTE-Advanced network.

The operator was the big spender in the country's 4G auction in August, buying 172MHz of spectrum for €1.6 billion.

At launch, Turkcell will offer a three carrier service with speeds of up to 375MBps. Four carrier, and speeds of 600MBps, will follow in 2017 and by 2019, customers will be able to get speeds of 1600MBps as more carriers are integrated.

Following a capital markets day in London to discuss its next generation launch, CTO Ilker Kuruoz (pictured) tells Mobile Europe that the operator has been upgrading its network with Huawei and Ericsson over the past few years to make it 4G ready.

Around 15 percent of its base stations have fibre, a figure that will rise to 38 percent by 2018. It has also held frequent meetings with shareholder Teliasonera and benchmarking in South Korea in Japan.

The plan is to deploy 1800MHz first because of its wide terminal support. Following that, 800MHz will be deployed for coverage.

Kuruoz says cities like Istanbul, which has been seven and eight million Turkcell customers, will need a mix of 2.6GHz and small cells because of their population density.

However, although 90 percent of consumer devices that have been sold to date are LTE compatible, LTE-Advanced devices are much thinner on the ground. Kuruoz points to the operator's own T-Series brand of handsets as bridging the gap. More than two million of these devices have been sold to date and LTE-A smartphones are currently being prepped.

Kuruoz is also cagey about VoLTE. He says: "The network will support it but the challenge is terminal support and interoperability."

Where he is more enthusiastic is with LTE-U. The controversial technology, which uses cellular and Wi-Fi bands, has been embraced by some operators but criticised by many Wi-Fi providers, who do not feel it is a fair use of the spectrum.

He says: "Unlicensed spectrum will have a very important role in providing services in future. Customers want a reliable network with the fastest speeds.

"It's up to regulators to create a balanced use of spectrum. The technology is driving us in a certain direction so we will all have to adapt."

He dismisses criticism of the technology by adding: "When a technology brings better quality services to people, you should not be opposing it but supporting it. That's how the industry grows."

Kuruoz is also enthusiastic about the IoT but says it is not without its problems. He says developing low cost modules is "vital" for operators to play a role in wide area networks. He says: "$100 per module does not make sense. [But] the solution for each vertical will not be the same. Health might have its own path and standards compared to the smart home."

It is the latter that Turkcell has identified as an area of potential. He says Turkcell is likely to enter the market with an open bridge that can integrate a wide range of products.

While the operator, and its rivals, is set to have a large chunk of spectrum handed to it, he says ensuring a pipeline of spectrum for the years ahead is crucial. Data consumption is doubling yearly and this growth is set to increase with the advent of LTE. He says he does not expect a fresh spectrum auction in Turkey for at least five years. In order to smooth the transition towards 5G networks, the operator will re-farm existing holdings depending on consumer demand.

He says: "Demand is coming from mobile connectivity. The whole economy is transforming and that is a big challenge."