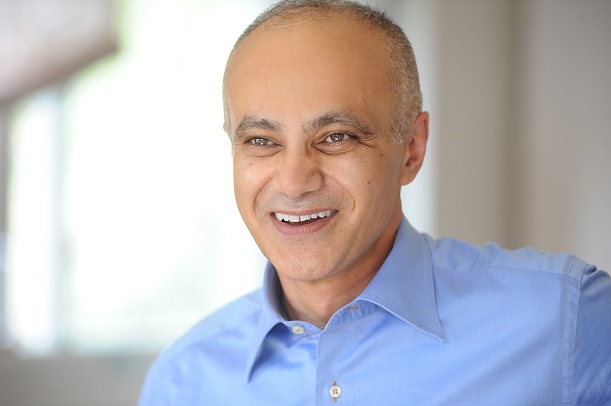 Facebook's Telecoms Infrastructure Project (TIP) raised eyebrows at this year's Mobile World Congress, with one operator privately scathing, accusing the social network of "wading in and telling operators how to do things properly".

However, Hossein Moiin, CTO of Nokia's Mobile Networks business and a partner in the project, says Facebook's ambitions are noble in trying to break existing "uneconomical" methods of connecting remote areas.

TIP comprises Intel, Deutsche Telekom, EE, Globe and SK Telecom. The telcos will work together in building simpler, higher performing networks in a bid to bring those without mobile broadband online.

Cynics within operators have been wary of Facebook's (and Google's) moves within this space. It amounts to one step on the road to become a fully fledged operator themselves, they fear, and hoovering up all of their customers.

He says: "I think there's a huge contrast between Silicon Valley and traditional operators. Operators focus on quality and control. They want to make sure they give a guaranteed quality of service to users at the five nines level."

Moiin argues the problems facing companies wishing to implement 100 percent coverage are twofold. He says: "New innovations are not just needed across the technology but also the business model."

Nokia's own involvement will be publishing an open specification for the operability interface with a radio access run time environment. In the longer term, the base station hardware platform will also be opened up, allowing developers to tweak hardware.

Google is rivalling Facebook in using balloons to connect the unconnected through its Project Loon. Moiin says Nokia's own experimentation in this area shows the tech can work, but not to a five nines level.

He says: "They are feasible and a possible technology but not at the quality you would want. Balloons offer good coverage but not the coverage required for mobile broadband. It provides a sufficient quality of service for voice and data. It works some of the time but not all of the time."

TIP was far from Nokia's only announcement at last month's Mobile World Congress, with its Airscale radio product hoping to follow on for 5G networks from its FlexiZone range.

Moiin says this year's Congress was the first in three years that he came away excited. He says this was due to a greater consensus on how 5G, "a system of systems", will work in the real world. He says that while fragmentation remains a threat, he feels the industry is keen to avoid a repeat of mistakes from the past.

At the centre of 5G will be the "irreversible" shift towards cloud-based networks. That may be so, but the past 12 months has hardly seen operators flocking to NFV and SDN. "That's a fair statement," says Moiin. "In the last year, operators have maybe had more of a reality check than implementation. Cloud is a disrupter and a significant one. It affects not only your network resources but also your processes.

"Operators dipped their toe in the water and realised they need to go back and retune their systems. Now they are ready to deploy, I feel. AT&T and Verizon have moved forward because they have done the hard work earlier.

Nokia is going through business transformation of its own, given its recent acquisition of Alcatel-Lucent. Moiin describes the future of the business as using the best of Nokia's legacy tech within radio networks with Alcatel-Lucent's broader portfolio spanning the likes of fixed, IP and analytics.

He says: "The progress has been more rapid than even the most optimistic of my colleagues thought it would be. To begin with, it is probably because it was an acquisition, rather than a merger - the structure will remain in place. But also some of my colleagues have been involved in the Alcatel-Lucent merger and Nokia's with Siemens. There's no politics."