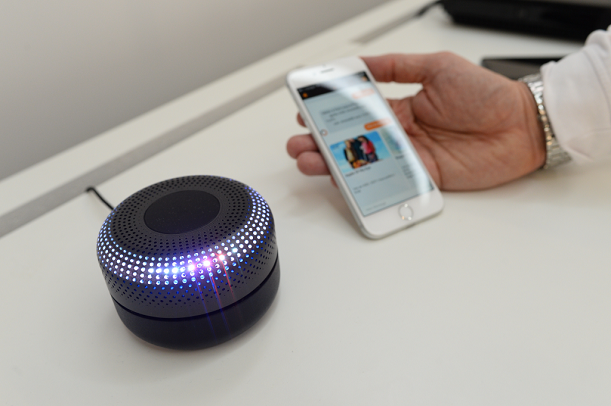 Orange cited the space age in its annual technology showcase, with CEO Stéphane Richard saying the operator's aim was to help create the "augmented planet".

The French operator went wide in showing off new technology for the years and months ahead during its Hello show in Paris, spanning virtualised and "intelligent" Wi-Fi, a digital assistant and LoRa enabled smart buttons, among others.

Similar in format to Amazon's Echo speaker and associated Alexa personal assistant, it enables interaction with all Orange content and services.

Key to the Djingo launch was the announcement of a strategic partnership with Deutsche Telekom. The partnership involves collaborating on the assistant's artificial intelligence engine as well jointly developing APIs.

The Livebox received another upgrade with the launch of Intelligent Wi-Fi, supported by Wi-Fi extenders that will allow customers to improve coverage in their homes. Orange's Livebox app will help users to find the optimum locations to place the extenders.

"[It is] making life simpler, bringing us closer together and allowing us to step beyond time and space constraints.”