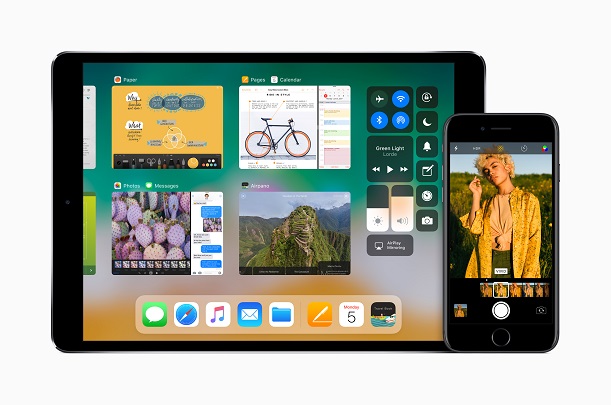 Another year, another schedule of new devices and features lapped up by an adoring crowd. The Apple way of doing things has been often imitated but arguably never beaten. But what does 2017's WWDC tell us about the future of the iPhone maker?

Despite the grumblings that Apple is failing to shock and wow in the same way as it did when the late Steve Jobs first revealed the iPhone back in 2007, Ben Wood, Head of Research at CCS Insight, argues last week's event and the announcement of iOS11 shows the evolving importance of the smartphone.

When iOS11 drops later this year, it will be underpinned by augmented reality and machine learning features, as well as the ability to further support its burgeoning smart home devices. Developers will be able to tap into these through the ARKit, CoreML and HomeKit platforms.

Wood says: "The focus on iOS11 was immense and necessary in the face of growing pressure from Google’s Android.”

He says: "The Apple example [at the show] of being able to assemble a photo and video montage of a family pet is practical today because of the cloud services operating behind the scenes.

"With machine learning, entire custom experiences personalized to the user that perform activities and tasks become possible. Understanding context and intent from a voice input, powered by machine learning, make this a reality."

As Orr notes, Apple is far from the only company to be playing in this space. Wood says: "In the case of Google and Amazon these technologies are also the cornerstone of future revenues giving an enhanced understanding of their consumers needs and wants allowing ever more targeted (and therefore more lucrative) advertising opportunities."

Apple's WWDC comes soon after Google's own developer jamboree, which was more open and vocal about its future plans than the iPhone maker's comparatively controlled public approach, much looser than in Steve Jobs' days but still rather secretive.

Wood says: "Google was happy to lay out a long term vision for its efforts in artificial intelligence, machine learning and more whereas Apple was much more circumspect – teasing WWDC attendees with some hints at plans in this area but continuing to maintain tight control over its platform.

"Furthermore Apple’s approach to customer data as part ‘differential privacy’ strategy is completely different to Google approach. Google, Amazon and others are using all the data generated by consumers using their services to optimise and refine its future artificial intelligence capabilities. Apple’s alternative approach of limiting the flow of consumer data from devices and deleting Siri data after six months could put it at a significant disadvantage in future."

Ryan Reith, Program Vice President, Worldwide Mobile Device Trackers, IDC, adds: "I would say they have a lot of similar focuses, but of course Apple is trying to make their developer story focus on Apple hardware, whereas Google seems to be taking a much broader industry support approach."

The way the launch of Apple’s HomePod connected speaker was discussed at WWDC gives an interesting, and perhaps unintended, glimpse into how Siri is faring, according to ABI's Orr.

He says: "Apple spent a good portion of the HomePod introduction discussing its approach as a music and audio experience company. This was done to not compare HomePod to Amazon Echo and Google Home products that cost significantly less.

"While the Amazon and Google devices focus on engaging with the platform using voice, this was clearly not a primary value on HomePod. It leaves us wondering if Siri is not a satisfactory interface solution for the home music experience, or if this was simply Apple attempting to not be called out for following existing vendors and products into the marketplace."

Apple may have lacked the ability to truly surprise for some time now, but it does not matter when weekend reports suggest the company will break through the $1 trillion barrier in revenues derived from the iPhone since its launch a decade ago.

Woods notes that Apple gave “few clues” on what we can expect from the upcoming iPhone 8.

He says: "Expectations are running at unprecedentedly high levels for this 10th anniversary update to the iPhone and Apple will need to deliver something special to give iPhone owners clear reasons to upgrade from existing iPhones."

However, the analysts say the focus of WWDC was to give an indication of where the future revenues are coming from. The developed world is moving on, but not away, from the smartphone and Apple wants to be at the forefront of this new business. IDC's Reith says: "I think all WWDC announcements have been strong, but because they are more about laying groundwork for future app developments they seem less sexy as a hardware announcement. Things like HomeKit, ARKit, etc are bit platform initiatives that will be a part of Apple strategy for quite some time."