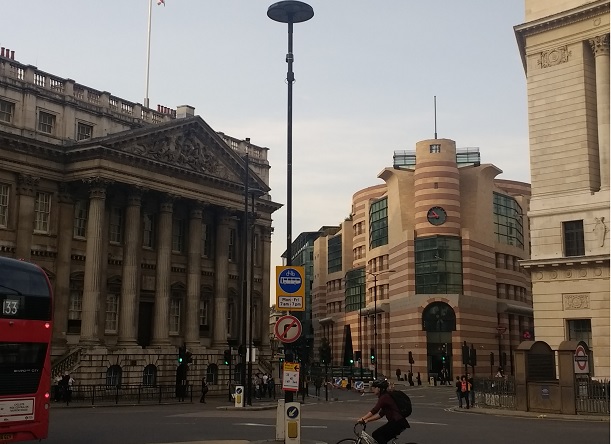 Telefónica has debuted its mmWave spectrum to power a large-scale commercial Wi-Fi deployment in the City of London.

The service, publicly announced in April, is now live for users. Its O2 UK opco worked with Cornerstone Technology Infrastructure Ltd (CTIL), its joint venture with Vodafone, and City of London authorities to roll out 150 access points in street furniture in the UK capital’s main financial hub.

The network replaces Sky's The Cloud Wi-Fi service and offers speeds of between 50 and 180MBps for an individual user, which the City of London Corporation (CLC) claims is over 10 times faster than those previously available in the area. According to Steven Bage, Strategic Infrastructure Advisor, CLC, the network may at times exceed LTE speeds in the area.

Several pieces of technology had to fall into place to achieve this feat. One, according to Chris Buggie, Head of IT Infrastructure at O2 UK, is the access technology used in the Wi-Fi hotspots.

The nodes use the latest Wi-Fi standard, 802.11ac Wave 2, which allows each one to serve several users simultaneously rather than in turn.

“This is in my opinion the biggest technical jump for Wi-Fi in the last decade,” says Buggie.

However, equally crucial is the backhaul network. “To get those speeds, you really need fibre in the ground,” he adds.

Since installing fibre to every access point would be prohibitively expensive, only some of the sites have a direct link.

These sites then use a pre-standard version of 5G in the 28GHz band, developed by vendor CCS, to provide backhaul for two or three other nearby nodes.

Using mmWave for the backhaul has distinct advantages, with Buggie claiming speeds of over a gigabit.

However, the band has well-known limitations, including low penetration and transmission distance. As CTIL Technical Programme Manager Jamie Olejnik explains, line of sight is required between the different sites, meaning they usually need to be situated on tall street furniture.

Other telcos have explored use of 28GHz. Since July, Arqiva has been trialling the use of it to stream video and virtual reality content from a transmitter to a 5G modem in its Soho office in central London.

According to Buggie, this is the first commercial use of O2 UK’s 28GHz licence and the first time the broader Telefónica group has used the band to backhaul a Wi-Fi service.

The network is free and unlimited for users within a fair usage policy, and offered under the existing banner of O2 Wi-Fi.

This means that the 25 million plus existing users of the branded service in the UK will not need to sign up separately for the City of London network. New users require a one-time registration.

Since the soft launch of the service on 21 September, the Wi-Fi network has carried 13,000 GB of data.

Next year will see O2 launch a network of small cells in the area, which will be offered wholesale to operators. So far, 20 sites have been installed, with 40 more scheduled by the end of this year. By the middle of 2018 there will be 170 sites.

If the early demand for the Wi-Fi network is anything to go by, the city will need all the connectivity it can get.