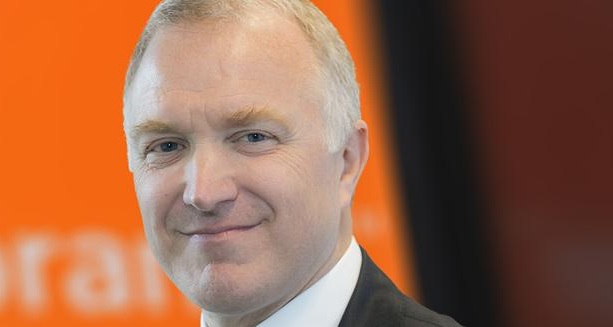 A highly advanced 4G network and competition from market leader Proximus was behind Orange Belgium’s decision to go all-cellular for its IoT offering, according to its CTO.

The opco recently announced it had reached 100 percent indoor and outdoor coverage for NB-IoT and LTE-M in the country, allowing it to offer services based on both technologies across the country.

The roll-out makes Belgium something of an anomaly for the Group, which is using LTE-M alongside LoRa. It revealed back in October that it was shelving its broader NB-IoT plans.

“We’re very advanced in 4G coverage in Belgium, it is probably one of the places we have the most advanced footprint among the group,” reveals Orange Belgium CTO Gabriel Flichy (pictured). “We decided we would leverage that footprint to roll out the standardised technology around 4G.”

What Flichy calls a “pragmatic approach” was also driven by the specific market conditions of Belgium. Impacting Orange’s decision was the fact that market leader Proximus began rolling out its own LoRa network in 2015. Third place Telenet has been working with a local Sigfox provider.

“The more we talk about LoRa the more likely our main competitor would benefit from that,” says Flichy.

“We did look at LoRa and did not go for nationwide coverage – it was not very cost-effective in terms of what we could hope for in terms of the number of users and take-up of technology.

“We did not rule out deploying LoRa just for business parks or small coverage initiatives. It just turned out we did not have a lot of requests so we did not focus too much on that.”

Between NB-IoT and LTE-M, the two technologies offer “slightly different but complementary” use-cases.

A rarely discussed feature of NB-IoT is the extensions it offers in terms of link budget, which refers to the losses in signal strength between transmitter and receiver. According to the CTO, NB-IoT adds an extra 20 decibels of link budget compared to existing 4G, allowing it to reach more remote areas.

Meanwhile, LTE-M offers a slightly higher bit-rate than NB-IoT, with trials even demonstrating it can be used to send voice from a connected device.

Flichy says the operator can advise its customers on which solution is most suitable, which will be “very much driven by availability and maturity of devices”.

He adds: “The network can have both technologies but on the device side you have to select one or the other.

“Both are available but the module developments some are more advanced in one area and less in the other. It is almost a case-by-case discussion and this is where we need to factor in the use case from the customer.”

The network upgrade itself was mostly carried out through a software installation although the operator had to conduct extensive interoperability testing between its core and radio access network partners, Ericsson and Huawei respectively.

Asked by Mobile Europe whether the roll-out had made Belgium the front-runner for the Group’s IoT plans, Flichy says: “On the connectivity side, this is probably the most advanced coverage.

"On top of that you need to have platforms, applications, and here there are other geographies where because the position of the market is different people have very good stories as well.”

He adds Orange is betting that by making IoT available quicker than other markets will allow partners to begin to develop on top of it.

From there, he says “it’s on us in the group to combine these stories and achieve something that is very convincing in each of our geographies.”