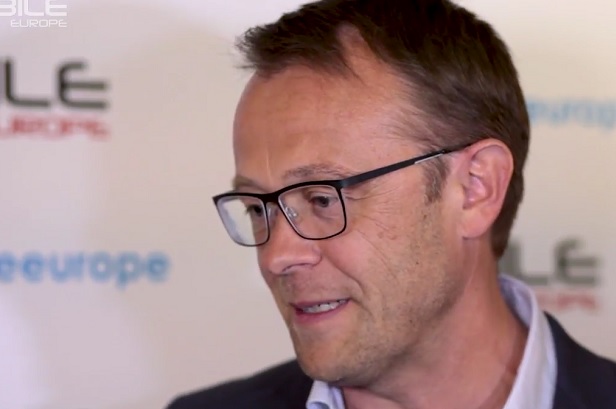 The road to 5G has become a cliche in discussions about next generation technology, but sometimes you need to take stock of how far you have travelled already.

When I meet Proximus CTO Geert Standaert at the end of the Tuesday at Mobile World Congress last month, his smart wristband estimates he has walked some 25 kilometres that day, putting my own 15 kilometres into perspective, regardless of what my feet are telling me.

Standaert is in a pragmatic mood about 5G and Proximus's role within it. He says that despite the reams of vendor excitement (with a light tinge of desperate hope), operators have now settled on a pragmatism about how to get there and what can and can't be achieved.

There's still more to be done on this front, he says, and determining the key obstacles that could slow progress up is just one of these areas.

He says: "We need to get smarter about the path from A to B, how to do it and which intermediate steps to get there.

"Maybe an intermediate step is not to go for the full benefits at this moment, but to say, listen, I grasp part of the benefits but I will still take some more time [until] the technology is fully matured. At the right moment I step in."

Like any smaller operator, Proximus needs to choose its battles carefully. The Facebook maxim of move fast and break things does not apply if you still have significant legacy infrastructure.

Standaert says while Proximus is prepared to leap ahead with new kinds of technologies, its LoRa advocacy being the most high profile in recent years, he says this is very much the exception, rather than the rule.

He says: "I cannot be wrong too many times. That is the pressure of a CTO of a smaller telco. Also the CEO is putting on that pressure - 'why did you choose that when we now see this?'.

"Bigger operators sometimes can bet on different horses. That is something we cannot do. That is becoming more complex because of the pace of change."

The larger operators may disagree; the difficulty in making a large ship turn sharply springs to mind. But Standaert says Proximus will choose to follow in the wake of larger companies in some cases as they can afford to switch tracks if a certain kind of technology is declared obsolete.

So what is Proximus interested in? As well as the increased capacity, Standaert zeros in on fixed-wireless access as being particularly attractive. The operator is only at the proofs of concept stage and Standaert raises that perennial 5G challenge with regards to the technology; that of the business case.

He says: "Even if you say you will not wire a street with fibre to the home so I will put in antennas and do the last hundreds of metres purely wireless, you need power, you need an agreement to put your antenna on a pylon and someone will be asking for money for that, you need backhaul."

The technology is still proving a challenge, he says, giving the example of a tree-lined suburban street as problematic as the foliage interferes with the signal.

He agrees with fellow CTOs that LTE can deliver a lot of what enterprises in particular are asking for, whether it's through 4.5G or various cellular Internet of Things technologies.

But there clearly are 5G opportunities. He adds: "The ones that are tougher to do are the ones where you need the latencies to hit a certain performance.

There are some good demos here on for example mining, where they have self-driving machinery. That has to be manipulated remotely and latency is crucial."

How will Proximus make itself 5G ready? While operators in general are of the view that 5G will be evolutionary rather than revolutionary, they have also suggested that 5G affords an opportunity to effect true transformational change internally by breaking down siloed walls between departments.

Standaert agrees, adding: "It's a combination of things that need to be successful to make it happen. The world is fundamentally shifting. If you go from silo-based implementation to horizontal types of implementation then suddenly platform people need IT people, they need network data centre people to make their end to end stuff work."

Central to this is virtualisation; a concept Standaert is sold on and notes that it is progressing faster than when it did in the IT space.

However, he adds that he is conscious of the operator's own desire to avoid unnecessary risks. He describes it as "playing with fire" in some cases and cites it as another example of where the company has to follow the Deutsche Telekoms, Telefónicas and Vodafones of this world.

He says: "We do not push ourselves to say 'in three years we want to have 80 percent of our services virtualised'. We have ambition; that is an ambition but...it's quality first. This is more important than the percentage of virtualisation that we reach."

So the baby steps apply again, with some exceptions.

Standaert says caution is necessary because the stakes are especially high for operators. He says: "We should never forget that moving telco services over to a new type of environment, it has to be up all of the time. Customers do not accept any disruption. One hour out on telco service is a disaster. It's huge reputational damage; it's bad for everything."

Whether you are a large operator or a small one, deft footwork in the coming years will be essential. And the stamina to travel.