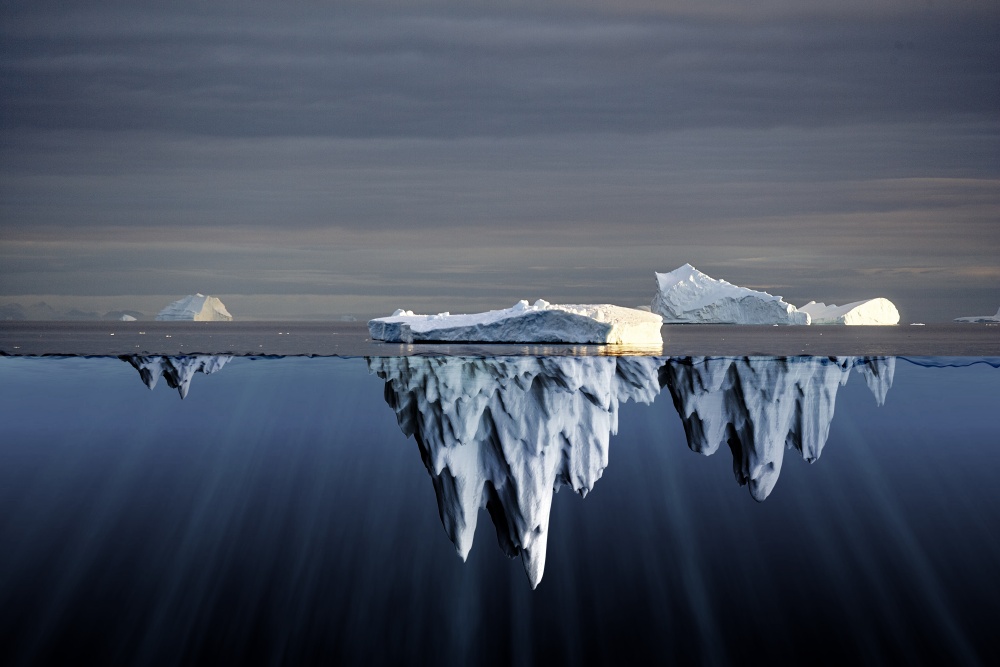 Telcos understand that to survive and compete in a fast-changing world, they cannot continue to do things the way they always have. Sarah Wray asks if they really can change – and fast.

Capturing what company culture means, let alone identifying the specific culture within a company, is difficult, but it can perhaps best be summed up as, ‘The way we do things around here.’

The enormity of the task in changing culture was described by Steve Jarrett, Senior Vice President, Data and Artificial Intelligence (AI) at Orange. On an analyst call in May, he stated, "Cultural shift is the part of the iceberg that is underwater; the technology and models are the parts of the iceberg above the water".

No wonder culture constantly ranks high among the challenges of digital transformation. In TM Forum’s Digital Transformation Tracker, for instance, telcos have identified culture as a ‘very serious’ barrier to transformation in the last three surveys.

Changing things in large companies that are, with good reason, risk averse is clearly tough. People are far more complex than any technology and culture is fluid compared to the more certain worlds of facts, figures and key performance indicators. Still, such a big barrier cannot be ignored and several European telcos are working to shift the dial. They have gleaned a number of takeaways and how well they have met the demands created by the COCID-19 pandemic, including supporting huge numbers of their own staff working remotely, is most encouraging.

Learn from mistakes and success

The preliminary results of ongoing analysis by research and consultancy firm STL Partners (based on a survey carried out among 168 telecom industry executives) pinpoint key factors perceived to lead to a successful organisational culture. They include: an ethos of learning from mistakes; collaborative leadership; a sense of openness and psychological safety; and a motivating purpose.

The research also highlights telcos that appear to be making real strides when it comes to culture. For example, Elisa’s culture is perceived as significantly more effective than that of most other telcos. Almost two-thirds (65%) of respondents from within Elisa said their company’s culture is an enabler of success, compared to 28% in other organisations. Only 20% of Elisa respondents said the culture is a barrier or significant barrier to success, compared to 62% from other telcos.

Andrew Collinson, Partner & Research Director, STL Partners, said, “If you could change only one thing in telco culture, I would say changing your approach to making mistakes and learning is a must. You must – at leadership level – demonstrate, tangibly, that you're not going to punish people for making mistakes.”

Another of the biggest challenges can be sustaining commitment towards change over the long term. On maintaining momentum, Veli-Matti Mattila, CEO, Elisa, said, “We have to deliver what we promised – the better we fulfil our promises, targets and expectations, the more space we are given to guide our strategy and the choices we have. We have been a good bet in terms of dividends and total shareholder return. Proven success builds freedom and autonomy.”

Belgian operator Proximus is moving away from the traditional hierarchical organisation towards “a network of empowered teams”. Peter Vandermaesen, Director, High Performance Organisation Programme, Proximus, said, “[Leaders] have to delegate and push the decisions down because it’s much faster – this a complex world and it’s so changing so fast.”

This is one of nine overarching strategic objectives to help Proximus transform to a digital service provider over the next three years. Each is steered by a director and sponsored by a member of the executive committee. While his peers may be looking at, for example, what the network infrastructure will look like in the future, Vandermaesen is focused on how things are done to achieve these goals.

Agile methodologies are part of this, alongside design thinking and ‘lean business’, as well as rethinking HR, budgeting and prioritisation. The operator is also exploring ‘enablers’, including collaboration tools such as Office365 and new physical layouts.

Proximus’ strategy is trying out new ways of working in smaller domains before scaling up the successful ones. For instance, Vandermaesen says the MyProximus app and Proximus’ TV offering were delivered much faster through agile methodologies compared to traditionally run projects.

New ways of working are also being tried out in operational domains. From March, 180 people in Proximus’ contact centres will be organised into multidisciplinary teams which include representatives from ordering, billing, technical support and so on. When customers call with a problem or query, between them the team should be more able to solve the issue immediately, from end to end, in most cases without waiting for approvals or passing the enquiry between departments, which is always unpopular with customers. Proximus is creating a ‘blueprint’ to support wider roll-out of initiatives like this.

Vandermaesen notes that leadership is key in driving a company’s culture, but for those at the top delegating decisions can be difficult. Common concerns include people’s future role and relevance, and fears about chaos if traditional structures are removed.

Proximus introduced delegation boards to map out decision-making processes and roles in detail. Furthermore, quarterly business reviews will set the priorities for the coming months, rather than leaders being given a budget for a project to be delivered over several years. Vandermaesen is designing the business review process collaboratively with the leadership team and will introduce it gradually. He said, “This reassures everybody about the process; it is not sudden chaos.”

Giving people the right tools to adapt to a changing world is also key. Luciano Sale, Chief of Human Resources & Organisational Development at Italy’s TIM, said, “Training plays a crucial role… because the competence of the entire workforce is a company’s greatest wealth.”
He added, “Cultural aspects boost the transformation strategy… People who are engaged in the transformation most frequently turn into positive tellers of their experience and accelerate the transformation process.”

In 2016, TIM launched the TIM Academy, its ‘corporate university’, to support the transformation and evolution of the company in terms of technology, marketing and culture.

Based across nine physical locations in Italy and online, the Academy offers personalised learning plans for staff, and partners with universities and research centres. The company reports that in the year to October 2019, the Academy provided more than 1.25 million hours of training, involving more than 42,000 people.

In 2019, the Academy focused on what TIM calls the gigabit society, which led to the development of modules such as agile, smart home, mobile messaging, lead generation, artificial intelligence and design thinking. Cross-functional working groups review operational models, processes, organisation and tools in line with digital transformation objectives. “TIM becomes thus a place of learning, more and more oriented towards the technological and business future,” said Sale.

“In the digital world, we are particularly exposed to accelerating change – of our environments and markets – which impacts how we have to anticipate, act and react: we have to constantly adapt. Therefore, empowering our people to learn, adapt, reinvent, test, try, draw conclusions from successes and from failures is the most important aspect,” he said.

The mixture of people and how they work together can also be a critical consideration in transformation. “To get the best out of their people, organisations need to create a culture that embraces change and recognises everyone’s role in that change,” commented Nathan Ott, Chief Polisher, The GC Index, which has been used by telcos, including Orange, T-Systems and Telus.

The Index is delivered through partners, and measures and describes five “proclivities, not personalities” for how people make an impact and contribute. This approach can help with recruitment as well as team selection and modification towards transformation goals.

Those five proclivities are strategists (who see the future and drive others towards those goals); game changers (who generate potentially transformational ideas); play makers (who focus on getting the best from others); implementers (who get things done); and polishers (who focus on continual improvement). Individuals typically have more than one proclivity.