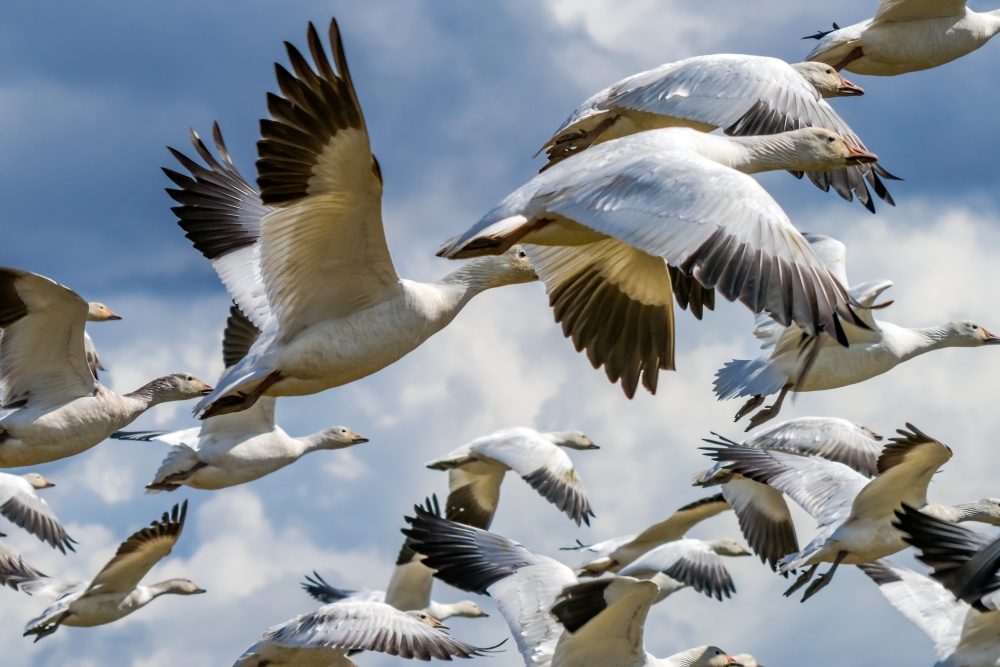 Operators are accelerating towards a cloud-native approach as they look to use cases enabled by 5G standalone networks. Kate O’Flaherty reports.

Network functions virtualisation (NFV) is quickly evolving towards a cloud-native approach as operators prepare their networks for the arrival of standalone (SA) 5G.

The shift to cloud-native networks was made clear in November last year when the ETSI NFV industry specification group defined a roadmap that will enable containerised virtual network functions (VNFs) to be managed in an NFV framework.

Meanwhile, the Cloud iNfrastructure Telco Taskforce, jointly hosted by the GSMA and the Linux Foundation, operates as an open committee which is responsible for creating and documenting a common cloud infrastructure framework for the telecoms industry.

The opportunities for operators that embrace a cloud-native ethos are vast, including increased efficiency and being able to support multiple 5G use cases. Yet operators moving to cloud-native networks face many challenges, including how to resource skills and make major cultural changes amid the shift to a very different DevOps-based working culture.

For starters, becoming cloud native can increase complexity for operators, says Aurelio Nocerino, European Lead, Communication and Media Network Practice at Accenture. “There are 5G Open RAN applications and then the legacy network is ongoing” – and for many will continue for many years.

Fergus Wills, Director of Product Management, Enea, which specialises in cloud-native software for telecoms, agrees, saying the challenge for many operators is operational. “They need to consider the management of a mixed cloud-native network function (CNF) and VNF approach as different parts of the systems evolve at different paces.”

Another issue for operators is avoiding vendor lock-in and adopting a common approach to toolsets, such as making a choice to follow Red Hat’s OpenShift, says Wills. OpenShift is a hybrid cloud, Kubernetes-based application platform for enterprises.

However, many of the lessons learned to date from NFV projects can be applied to future network evolution, according to Martin Taylor, Chief Technical Officer of Metaswitch Networks, which was acquired by Microsoft last year as part of its push into the telecoms sector.

He says, “Operators are working on third-generation projects where they are applying learnings from [previous] attempts. They are moving on from the virtualised environment to really taking advantage of softwarisation of the network and DevOps.”

As part of this, he says progress has been made in acknowledging cloudification and the difference between that and virtualisation. The original vision of NFV created in 2012 talked about software appliances, says Taylor, but that was not the ideal way of approaching it.

He explains, “It means you are using commercial off-the-shelf hardware, but in terms of how you operate the network, it doesn’t change anything – it just replaces a physical box with software. Cloudification means completely rethinking the way software is architected for a cloud environment.”

Taylor cites the example of Netflix, saying, “It’s massively scalable and scales fairly quickly for its users. It achieved that by building software specifically designed to work in the cloud environment.”

Scaling in the cloud is very different to what operators are used to, Taylor continues. “The traditional way of scaling the network is replacing a small box with a medium one, then replacing that with a large one. In the cloud, you typically scale with lots of small units, and you increase the number and spin them up in response to demand. You then have the freedom to scale.

This is ‘scaling out’ instead of ‘scaling up’, which gives you a tolerant system and a blast radius if anything goes wrong.”

The transition to cloud-native, container-based solutions is coupled with the expansion in NFV’s scope from its initial focus on the network core to new areas such as the radio and fixed access networks, says Gary Mackenzie, Senior Technologist, Telco Technology Office EMEA, Red Hat.

This, he concedes, creates challenges, such as ensuring the existing technologies used in virtual environments are ported to container-based solutions at the same time as introducing new technologies to serve the expanded scope of NFV.

He notes, “The other challenge is operationalising this technology to ensure we can smoothly deploy this to thousands of sites and then maintain it effectively in production. That’s a step-change from the initial tens or hundreds of sites we saw in the first wave of NFV deployments.”

Mackenzie describes the trends Red Hat is seeing as customers evolve from VNFs to CNFs with OpenShift. “5G deployments are tending to be more multi-vendor than previously seen. This is driving service providers towards a common infrastructure platform to host all these vendors in a neutral environment.

"With some functions being pushed towards the edge of the network, it doesn’t make sense for each vendor to bring their own infrastructure, so a neutral platform [like OpenShift] is key.”

Meanwhile, he says, operators are learning from their initial NFV experiences and focusing on fixing some of the pain points from those deployments, including bringing software-defined networking (SDN) to operational models.

He adds, “We’re seeing some exploration of the role of systems integrators with more clarity from operators on what they can and want to do in-house, versus what they want integrators to provide.”

Operators are certainly making progress with NFV programmes such as Telenor’s NFV initiative, which is part of a business, IT and network transformation. It aims to reduce cost and complexity, and capture new revenues via NFV and a cloud platform.

The operator is also developing cloud-enabled, analytics-driven automation to improve the speed of network operations and enhance customer experience.

BT has taken a different approach. Its NFV programme is split into two, says Andy Reid, Senior Manager, Protocols and Encodings in Applied Research, BT. “There is what we are doing in terms of roll-out and deployments [where] we have consciously decided we want a standard platform from which we will run all our network apps.

"We call [it] our ‘network cloud’. We are in the process of building and deploying it, and performing integration focusing on 5G, looking for a single platform from which we will load various apps from different vendors.”

Alongside this, he says BT’s research department is examining possibilities and use cases. “One thing active at the moment is mobile edge and how we integrate that with the core and also into the SDN and NFV story.”

At the same time, Reid says BT is “very engaged with applying the DevOps idea as broadly and completely as we can,” but he acknowledges the area presents “its own challenges to the network”.

Yves Bellego, Director of European Network Strategy at Orange, explains it has chosen to virtualise network functions on different infrastructure. “We have our own infrastructure and then we have vendors’ infrastructure. The decision whether we go one way or another has not been made,” he says.

Over the next year, into 2022, Orange will focus on the 5G core network. “We are looking at the 5G core including SDN and other functions, and we are also looking at access with Open RAN,” Bellego adds.

Orange, along with European operator groups Deutsche Telekom, Telefonica, TIM and Vodafone signed an MoU early this year pledging to support and promote Open RAN. They followed this up with an Open RAN Technical Priority Document in June.

For mobile operators, the specification of the 5G Core by 3GPP as a cloud-native and implicitly container-based architecture has been the big driver for a move to cloud. “It is no longer optional in many respects,” says Mackenzie.

He explains that the move towards greater scale has had an impact too. “When a service provider is deploying thousands of RAN sites, they need completely automated provisioning and configuration processes.”

In lots of ways the rollout of standalone 5G with the 5G Core will be the inflection point at which operators need to be ready to support a cloud-native environment, says Mackenzie.

The 5G core is “very important” as it’s a key function that will be fully virtualised, says Bellego. “In the past, it was part of the network, but now all of the network will be based on virtualised solutions. Capacity and reliability are key in telecoms and we will have functions that will boost this.”

5G SA will represent an opportunity to “move the NFV game forward,” says Taylor. “The 5G SA core is the first generation of mobile technology architected to make it well-suited to cloud deployment. Architecturally it should be easier to deploy in the cloud than previous generations and can realise the benefits NFV brings.”

5G and the move to cloud native is being driven by new use cases, via the so-called fourth industrial revolution and IoT, which will of course utilise 5G SA. With this in mind, private networks are an area of interest as operators continue in their journeys to become cloud native to support 5G SA.

Taylor describes the opportunity, saying “There are lots of situations where 5G enables capabilities that just weren’t there before, such as robotic warehouses, port facilities, airports and military facilities.”

Taylor continues, “These situations include cases where you have a large area to cover and devices that are inherently mobile, such as robots, or high-bandwidth such as cameras. Wi-Fi isn’t enough and lacks the required guarantees, and wired is not an option. 5G is an enabler for a whole bunch of industry use cases that are often better deployed by using a 5G network.”

He says mobile operators have a great opportunity to participate in this market. “They have the spectrum, the know-how and assets, but they do not have the field to themselves.”

It’s clear that over the next few years, use cases around 5G SA could offer a much-needed revenue boost for mobile operators as their core revenues continue to erode, but first they must embrace the next phase of NFV, including the evolution to cloud and the challenges around it.

“This is a big evolution and the only way to benefit is to ensure [you have] the right skills and ways of working, with the same mentality and culture as an IT department,” Accenture’s Nocerino says. “Operators need to be automating everything.”

This article first appeared in the July edition of the Mobile Europe & European Communications magazine, which you can download free from here.