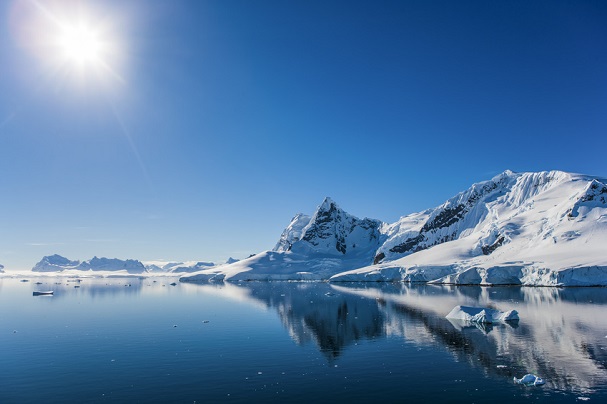 Antarctica became the surprise new front in the battle for LPWAN supremacy this week, with Sigfox teaming up with Belgian climate change researchers to set up an Internet of Things network.

It may be only mid-January but it is clear developments in this space will be one of the key themes of 2016, as operators seek to establish their own cellular-based standard amid deployments of technology like Sigfox, LPWAN and Weightless.

Telenor Research has also singled out LPWAN as a dominant technology for 2016, as telcos look to enable the likes of smart cities and mobile health.

Bjørn Taale Sandberg, Head of Telenor Research, says work is underway at the operator to explore which technology suits certain use cases. He says: "Our work this year will be understanding what combination of different technologies we should opt for. We want to trial things as much as possible.

"As far as I'm aware, we haven't quite decided upon the deployment of a specific network technology. A lot of will depend on the local actors and situation of their market. We feel we have a bit of time to understand what the best solution is."

All eyes are on 3GPP and its standardisation work on NB-IoT, the cellular-based standard. After a slow start, operators have speeded up the standardisation process, which it hopes will help them take a chunk of the estimated US$589 billion (€544 billion) LPWAN market by 2020.

While the faster pace of agreeing NB-IoT has been applauded by the industry, the first networks are expected towards the end of this year. Arne Munch-Ellingsen, Research Scientist at Telenor, notes while operators have been keen to move quickly, other parts of the market are less developed.

He says there's a lack of maturity when it comes to fully developed chipsets and the likes of gateways. Operators may be playing their part, but they could have to wait for others to catch up.

Says Munch-Ellingsen: "NB-IoT is less mature than we expected but it will be a success once there has been movement on the hardware side. The specifications need to be finalised but that work is moving quite quickly."

Aapo Markkanen, Principal Analyst at Machina Research, agrees, adding: "There’s certainly a lack of maturity in the sense that as a standard NB-IoT isn’t completed, and the implementation stage – when a finalised standard is turned into stable, commercial-grade hardware – can’t really start until it is.

"I’d say there’s been some genuine sense of urgency amongst the major 3GPP players to fast-track NB-IoT - most seem to prioritise it over LTE-M - so there’s quite a lot of pre-standard work going on, and I’d expect the trials that will be conducted this year to be fairly advanced by their scope."

In the meantime, operators will still have to deal with another tricky issue, with Telenor claiming the progress in developing cellular standards has not been matched by financials. Munch-Ellingsen says: "Operators are struggling the most to find good business cases."

What works in their favour is they have the choice of different technologies, once a business case has been thrashed out. Orange is roaring ahead with plans for a LoRa-based network to cover metropolitan France by the end of this year.

Despite the jockeying for position of different companies, Telenor's research arm says it is too early to say whether a winner will emerge. This is in spite of Machina saying this week that 2016 will see a LPWAN player dropping out of the market, due to competition, regulation or consolidation.

Taale Sandberg says: "There always seems to be a lot of competing technologies when a solution is first introduced and it's only natural to assume there will ultimately be a smaller set of winners. But what we see is that we're not ready to conclude on who the winners will be just yet."

It may be too soon to call a winner, but Antarctica is guaranteed not to be the last market IoT expands into.