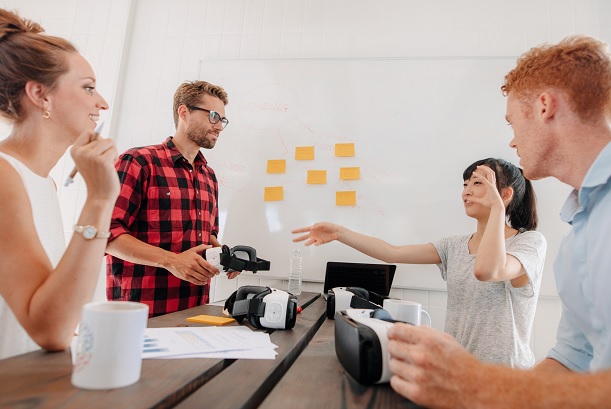 New technology has added yet another challenge to the burgeoning to-do lists of operators and vendors; how do you ensure the next generation of talent is in place to underpin the future of telecoms?

The past decade has been characterised by the so-called GAFA of Google, Apple, Facebook and Amazon stealing the technology limelight through product showcases, blockbuster valuations and the ability to shrug off failures that could kill most other companies - Facebook and Amazon's failed smartphone projects, to name but two.

These companies have also profited off of the back of cellular networks. Facebook couldn't have got anywhere near two billion active monthly users if it wasn't for smartphones.

But they also pose a more existential challenge to telcos as they flutter their eyelashes at the best graduates. In short, why should the best talent not stick with a start-up instead of joining an established telco player, especially when your idea could lead you from your garage to owning a behemoth internet retailer, space exploration company, luxury supermarket chain and world-renowned national newspaper, as in the case of Amazon's Jeff Bezos?

Uwe Janssen, VP for Innovation and Research at Deutsche Telekom, admits attracting the next generation of talent is a "pain point" for telcos. "The brand of telcos as an employer is overall not very good, which I find quite surprising,” he says. “I've been almost 30 years in this industry and what has kept me there is this incredible innovation rate. It's an incredibly fast changing technology and a very interesting place to work in.”

But he admits: “Compared to Google and others, telcos may be seen as the dinosaurs. Maybe we have to do more there to make clear how innovative this industry really is."

Marcus Weldon, President of Nokia Bell Labs and Nokia CTO, agrees but suggests the issue is the perception of the telecoms industry, rather than one based in reality. He says: "Electrical engineers and business mathematicians etc we can attract just fine. When you get into the levels of new platforms, web in particular, new analytics, AI systems, security and protocols, those are where the web scale players have managed to capture momentum.

"The trick is now how do we compete financially. There are rumours those graduating with a degree in AI/neural networks are being offered $1 million signing bonuses in the US. In that world, there is no way a more traditional industry can compete because you have to have very large pools of cash to be throwing money around like that.

"That's the difficulty because everybody's head has been turned towards web players and they are cash rich so they can buy anything they want, including people."

In a bid to shift away from a straight slug-out based on signing-on fees, telcos have been looking at new ways of attracting staff. Orange cites its Labs R&D arm, as well as its Fab academy and dedicated space for start-ups as examples.

Arnaud Vamparys, Senior Vice President of Seamless Wireless Access at the operator, identifies start-ups as leading the charge in innovation. Orange needs to have a piece of that action. He adds: "Like any big company we need to open ourselves to smaller companies by making ourselves flexible, easy to use and API and software-based."

Elmar Grasser, CTO at Swiss operator Sunrise, argues culture can be a big factor in attracting staff less keen on the levels of burnout associated with digital upstarts or more legacy players. He says: "Every day I get up and like to go to work. My engineers are as passionate as I am...my team likes to work and tune the network so we have the best network, we win the competition and we see the success out there when people are using our products.

“This passion is one of the biggest retention tools. You have to have an environment where these talents can grow and there is nothing more attractive than success. If people see we are successful then they enjoy working here and we have a good working experience."

At Bell Labs, Weldon remains bullish in spite of his concerns. He says: "We find we are able to pull a significant fraction of people who might have gone to the web scale players over to us from Google, Facebook and others. They are attracted by what we can do for real human need problems, not just ephemeral need problems."

Despite this confidence, it is clear that telcos need to be better at communicating the benefits of why people should work in the sector.