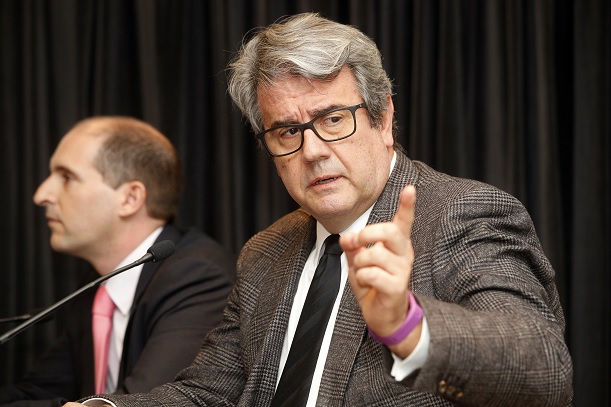 The race to be first with 5G networks could ultimately damage the technology's potential and applications, the Group CTO of Telefónica has claimed.

In an exclusive interview with Mobile Europe, Enrique Blanco said proposals to speed up the 3GPP process of standardising 5G New Radio could result in little differentiation from advanced LTE technology.

3GPP confirmed at the end of March it will complete the 5G NR specifications at the end of this year, rather than allowing them to percolate into summer 2018.

The idea is to allow some operators to launch standards-based 5G services at early as 2019, with a wealth of showcases expected to take place next summer at the FIFA World Cup and Winter Olympics.

Blanco said he was worried the need for speed from certain operators with high profile public showcases in the offing would translate in the final documentation as a rush job. Too much is at stake, he said.

“My personal view is those operators who are really pushing for this – in the US, and Japan, and Korea – have different, more urgent priorities," he said. "Because of the Olympics, and whatever else, they want to deploy services using NR much sooner – which means they need the standards to be defined sooner, and the chipset makers to deliver sooner."

The problem is, he suggested, they simply end up extending 4G capabilities with new spectrum and new radio. “5G is not just about sub-millisecond latency and 1Gbps speeds – we can get close to that with 4G already. So what’s new?”

He said the industry needed to be less hasty and more pragmatic. The reason why is that the feasibility of many proposed 5G-NR services remains unclear. He cited concepts such as tactile internet, massive machine communications and fixed wireless access. “The business model needs to be defined; 5G shouldn’t just bring new radios and antenna systems but new network architecture,” he said.

New radio architecture is required to support network slicing for starters, and a virtualised RAN, as well as a “new transport architecture, a new mobility paradigm, and new service opportunities”.

He added: “We need 5G because of all the things we can’t do today – from handling data growth, to delivering fibre-like mobile broadband, and enabling IoT capabilities. We have to look at what we are trying to define with this – because this 5G NR covers entirely new spectrum, which will bring entirely new capabilities. So we have to define new services.”

You can read the full interview with Blanco in the forthcoming April/May issue of Mobile Europe. Subscribe for free to the magazine here.