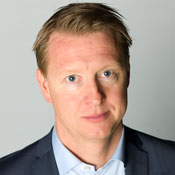 Speaking at Ericsson's press conference at Mobile World Congress, Barcelona, President and CEO Hans Vestberg opened the show with announcements of new products and partnerships that are set to further the company's efforts in creating a networked society.

Vestberg began by admitted Ericsson had experienced a mixed year over 2011, however he added that the company had also had the best year in its history, with turnover of US$35 billion and growth of 19%.Ericsson market share in the  mobile equipment market grew from 32% to 38% during 2011, stated Vestberg, a 6% growth margin.

He commented: "In the fourth quarter 2010 we communicated our intention to regain  Europe, which we did so. We increased our market share considerably in 2011. We will try to keep this gain, and move it forward over 2012. We are well positioned to capture it."


He added that Ericsson estimates the networked society is set to boom by 2016. He quoted Ericsson consumer research that shows that already, 76% of the time an end user interacts with their phone it is not for a voice call; it is for browzing the web, checking mail and doing transactions.

Vestburg added: "There will be five billion mobile broadband users by 2016. That's huge. For a lot of those users it will be the first time they will have mobility. We also estimate that mobile traffic will be 10% higher, and that there will be five times as many smartphones in 2016."

Driving that traffic are services such as mobile money. Vertburg made two announcements in the m-commerce sector, an example of the convergence of mobility, broadband and cloud. Vestberg stated that African operator MTN is the first to deploy the Ericsson Converged Wallet platform, providing integrated pre-paid charging and mobile financial services for MTN consumers in Africa and the Middle East.

Ericsson has also got into bed with Western Union, Vestburg announced, to enable the ecosystem to do transactions. Diane Scott, executive vice president and chief marketing officer and president, Western Union Ventures, went onstage, and said: "M-commerce has the ability to bring transaction services to people around the world. There are 1.6 billion subscribers today who have access to pre-pay and post-pay accounts through Ericsson; the next stage is to transfer those into mobile wallets.

"One of the biggest challenges in wallets is to get people to convert to and fund those wallets, but that is something we can do," continued Scott. "Our goal at Western Union in partnering with Ericsson is connecting our customers wherever they might be, and on mobile phones, because that is where this market is going."

On the networks that will support these services, Vestberg noted that of the 350 LTE networks currently deployed globally, Ericsson supports 215 of those with its equipment and services.

Vestberg stated Ericsson was launching a new pico cell using Wi-Fi as part of its hetrogenous networks (hetnets) strategy. He showed the latest addition to the RBS6000 family, the Pico RBS, the industry's first Wi-Fi integrated pico radio base station."We see it as important that we come with the full story to micro netowrks. Last week we announced we will acquire BelAir, provider of carrier-grade Wi-Fi. Today, this pico cell is part of our hetnet strategy; we can enhance the macro network using the micro network."

The hetnet approach for densely populated metropolitain areas provided by Ericsson is a plan that boosts the macro network, then adds micro, pico, and Wi-Fi solutions. Vestberg claimed the solution delivers the same services with half the spectrum and with throughput gains of two to 10 times, versus using separate vendors for the macro and the small cell layer.

In next generation IP networking, Ericsson announced a new application on the Smart Services Router (SSR) which is launching commercially in operator Telstra's network in Australia. The Evolved Packet Gateway, when coupled with the SSR 8020, lifts capacity boundaries for 2G, 3G and 4G networks to meet the rapidly growing demand for mobile broadband services.

Also, Vertberg said that with these in-office solutions, design and attractiveness now comes to the fore. He displayed a prototype product in microwave technology, the MINI-LINK ball-shaped microwave antenna.