YouTube now accounts for 13% of the total global mobile data bandwidth, according to data collected by the Allot MobileTrends Report.

Usage of the video site grew 123% in the first half of 2010, having grown 90% in the second half of 2009. The site now accounts for 40% of all video streamed globally over mobile and contributed to mobile video topping the list of applications globally. 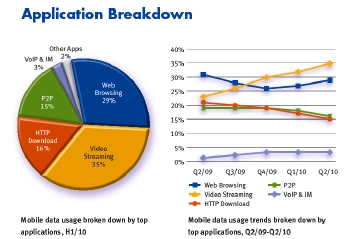 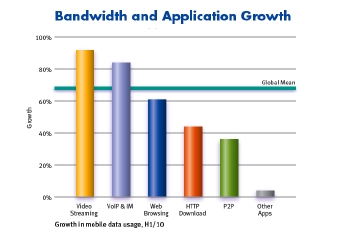 Other applications showed even faster growth rates. Twitter usage grew 310% in terms of bandwidth usage, although it remains a tiny proportion of overall mobile bandwidth. Facebook grew 200%. Overall global mobile data bandwidth grew 68% during the first half of 2010. 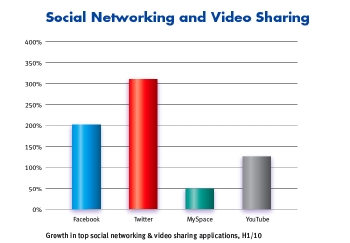