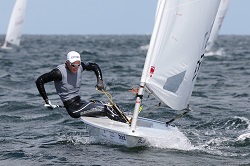 Huawei has built the first LTE broadcast network in Germany for sailing event Kieler Woche, allowing the crowd to view live footage from the competitors directly on their smartphones.

The vendor worked with Vodafone Germany at the annual event, eschewing traditional Wi-Fi networks, which are unstable on the water. Using LTE technology, Huawei put two of its DBS3900 distributed base stations along the race's route.

Footage was then shot using smartphones and sent onto the event organiser through an enterprise LTE (eLTE) network. Those watching the event were then able to view content through smartphones and tablets via an enhanced Multimedia Broadcast Multicast Service that used Vodafone Germany's LTE carrier network.

David Xu, General Manager of Enterprise Wireless Domain, Huawei, said: "Setting up the Kieler Woche’s broadband communications network was the first application of eLTE in Germany. With Vodafone Germany, we have created an example for the ICT industry that will contribute to the development of LTE wireless broadband technology across Europe. The project has provided us and the industry with first-hand experience in the deployment of commercial LTE TDD and LTE FDD hybrid networks."

Huawei will be holding a test of LTE broadcast technology at the Commonwealth Games in Scotland this week, in conjunction with UK operator EE and Qualcomm.

By the end of June 2014, Huawei said it has signed more than 61 eLTE network contracts and launched 19 commercial eLTE networks. Over half (31) were signed with governments, 10 in the transport sector, six with electricity and power companies, five with the energy market and nine with wireless internet service providers.

Among these deals include a project with Norwegian energy company Tampney, to bring an offshore LTE network to one of its oil fields with a 37km radius. Another is a deal with Spanish internet service provider IB-Red to bring 4G to people in rural areas.