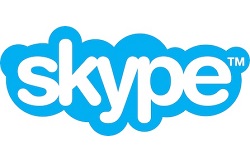 OTT players such as WhatsApp and Facebook have lead to a sharp drop in the number of SMS sent in the UK, according to new figures from Ofcom.

The regulator's latest annual Communications Market Report found there were 129.9 billion SMS messages sent last year, compared to 171.9 billion in 2012. Ofcom said the 24 percent drop was down to the popularity of OTT players.The report stated: "This is likely to be related to higher use of instant messaging services such as Whatsapp, iMessenger and BlackBerry Messenger, and use of the messaging facilities on social networking sites."

The regulator also found that users of VoIP services in the UK have almost trebled from 12 percent to 35 percent. Almost half of 16-24 year olds use these services, with activity decreasing with age.

However, the main disadvantages were problems with the internet (55 percent), being unable to connect (33 percent) and the quality not being as good as mobile or landline calls (31 percent).​

Meanwhile, the UK has more than six million 4G customers, just under two years since it first launched. This compares to 318,000 subscriptions at the end of March 2013, when only EE was selling LTE contracts in the UK. Now almost three quarters of households (73 percent) can get 4G LTE from more than one provider.

Active mobile subscriptions fell for the first time, down 0.3 percent to 83.1 million. Ofcom said the explosion in smartphone growth was key behind the fall. Because consumers can now access data on the move using a smartphone, it decreases the need to have a separate mobile broadband service. Ofcom added the relatively high prices for smartphones also made it less likely consumers would own more than one device.