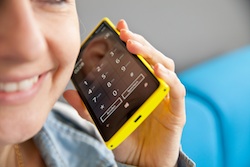 New data from Infonetics has revealed a “period of correction” for the Voice over IP (VoIP) and IMS markets, as large operators accelerate the launch of Voice over LTE.

The research firm's Service Provider VoIP and IMS Equipment and Subscribers report said there had been a slowdown in the IMS equipment market during the second quarter of the year, as large carriers in North America and Asia Pacific begin nationwide roll-outs of VoLTE.

While major vendors such as Alcatel-Lucent, Ericsson and Nokia are benefitting from the increase in Voice-over LTE activity, IMS/VoIP suppliers are seeing a dip in revenue.

According to the report, the global service provider VoIP and IMS market amounted to US $878 million (€657 million) in Q2, a fall of 12 percent on Q1 2014 and a six percent drop quarter-on-quarter.

Home subscriber servers, voice application servers and media gateway control function were the only VoIP/IMS products to post a year-on-year growth in the second quarter.

Huawei is currently the top provider of VoIP and IMS equipment, accounting for 28 percent of global revenue in the second quarter.

Diane Myers, principle analyst for VoIP, UC and IMS at Infonetics, claimed the recent figures weren’t a cause for concern, saying: “At the end of 2013, we projected that the IMS equipment market would slow in 2014 as large operators in North American and Asia Pacific commercially launch VoLTE services and capacity begins to be utilised, and this is indeed happening.

“We don’t see this as a cause for alarm, but rather the ship righting itself after a build-up of inventory for nationwide launches.”

Until now, nationwide launches of VoLTE have only taken place in smaller countries and cities, such as South Korea, Singapore and Hong Kong.

Demand for IMS equipment is forecast to pick up again in 2015, with the acceleration of VoLTE rollout in the US, Europe, Canada and Japan.

Vodafone UK held its first trials of VoLTE earlier this month. Meanwhile, its Dutch arm said it aims to begin its own trials of VoLTE by the end of the year, with the hope of deploying the technology in 2015.

In June, Infonetics forecast that the number of VoLTE would surpass 50 million in 2014.