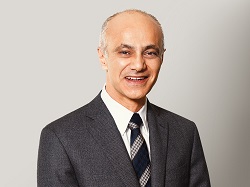 The vendor has built a single frequency network, where all base stations in the area use the same frequency range for the broadcast of television programmes. APT700 is seen as the future global harmonised 4G LTE frequency.

Nokia started work on the trial earlier this month in Munich, using evolved Multimedia Broadcast/Multicast Service (eMBMS) software that is running in its base stations. The Finnish vendor's LTE equipment has been set up at four sites of Bayerischer Rundfunk, a Bavarian broadcast company. Each site is connected via an optical transport network. Nokia Networks added that it has optimised its single frequency network to enable a tighter synchronisation of nearby cells, in order to reduce interference.

Hossein Moiin, Chief Technology Officer at Nokia Networks, commented: "Today, when watching videos over a mobile network, the content is individually streamed to each user. With LTE Broadcast the same signal is received by many users at the same time, resulting in more efficient capacity and spectrum use.

“Spectrum doesn’t need to be dedicated to either broadcast or broadband, but can be used flexibly for both according to users’ needs. We believe that LTE Broadcast is a technology well suited to distribute TV and broadcast services and will help us expand the benefits of mobile internet to everyone while evolving the TV viewing experience.”

Existing deployments of eMBMS technology are taking place at stadiums, with UK operator EE holding a trial at the Commonwealth Games in Scotland this week. Nokia said it was carrying out the trial to show how this technology could potentially serve as an alternative to the distribution of television signals. People would be able to watch television without using their own mobile data plans and without networks being overloaded.