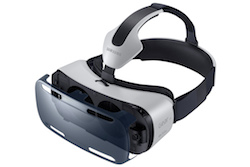 Samsung has lifted the lid on a number of new developer platforms for consumer lifestyle technologies at its 2014 Developer Conference.

The Korean manufacturer unveiled a range of software tools to allow developers to create tech in the fields of digital health, wearables, VR and smart home applications, at the annual event in San Fransisco.

Amongst the announcements were Samsung’s Digital Health (SDH) cloud platform and SDK, which allow developers to integrate activity tracking and health-monitoring abilities into apps and services and connect them to Samsung’s partner-supported SDH.

The manufacturer also made available its Simband hardware reference for developers wanting to design sensors and algorithms for fitness-tracking devices, as well as a new bio-processor that provides an easy way of adding health monitoring to wearables.

Additionally, Samsung revealed an SDK for its Gear S smartwatch and announced a partnership with traffic intelligence provider INRIX to allow live traffic updates and connected car abilities for a range of Samsung devices.

Won-Pyo Hong, President and Head of Samsung Media Solutions Centre, said: “Our news today highlights the exciting developments occurring at Samsung and its growing ecosystem of developers and partners, across a wide range of technologies. We remain committed to enabling developers to create innovative solutions that ultimately improve consumer lifestyles.”

Samsung also launched the “Innovator Edition” of its Gear VR virtual reality headset, as well as the beta for its Smart Home SDK and new SmartThings IDE, which it said could be integrated into a wider range of Samsung appliances.

Samsung acquired smart home platform SmartThings in August, effectively closing the loop between its consumer electronics and domestic appliances businesses and cementing its lead in the smart home market.