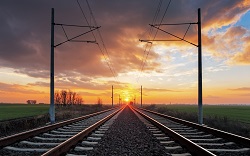 Nokia Networks has launched its third GSM-railway project in Poland, with plans to connect the Warsaw-Lodz corridor.

The 110 kilometres stretch of track will see its mobile coverage improved as part of a wider modernisation plan, which is being handled by the country's rail network management, PKP Polskie Linie Kolejowe.

Nokia Networks will handle the network design, project management, implementation and maintenance of the network. It will install its Flexi Base Stations and Base Station Controllers and NetAct network management system.

The vendor will also integrate the European Train Control System (ETCS) level two signaling into the GSM platform. ETCS is a standardised protection system, which replaces the numerous different types of safety systems across the continent's railways.

Dirk Lewandowski, Head of Railway Solutions at Nokia Networks, said: “The Warsaw-Lodz corridor is one of the most popular railway lines in Poland and this project marks another important addition to our rail communications contracts in this country. We have already been selected to provide the mobile infrastructure for the strategic line between Warsaw and Gdynia and the 440-kilometre section of the East-West route between Lowicz and Terespol.”

Other recent plans to improve mobile coverage along train routes include a Swiss consortium of operators, with Swissom, Sunrise and Orange working together to install repeaters on regional train routes.