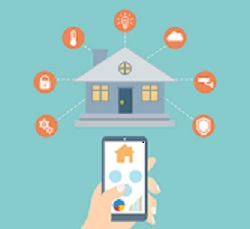 Cisco has launched a joint venture with household appliances company Bosch and technology company ABB to build an open software platform for the smart home.

The platform, which will be based in Germany once it is given the green light by the country's antitrust authorities, will be open to service providers and appliance makers.

It is hoped the joint venture will start work at the beginning of next year. The main task of the new company will be building a platform to enable the exchange of data between different types of household devices, across various manufacturers, as well as smartphones and tablets.

The three companies said it wanted the platform to help provide sevices such as energy management, security and entertainment. They said they wanted software developers to build a range of apps to provide these services.

The joint venture is also open to all appliance electronics companies, home automation manufacturers and serice providers to add new types of functionality to the platform.

The smart home sector is becoming increasing cluttered, with a range of vendors and manufacturers keen to capitalise on an expected boom in connected devices.

Last month, Samsung launched the beta for its Smart Home SDK and a new SmartThings IDE, which it said could be integrated into its products for the home.

In October, Telefónica launched a smart home product for consumers, which connects over a 2G network and can be connected to extra modules by fitting them together like Lego.

However, as more companies have entered the space, analysts Gartner have warned companies will need to unpick a jumble of competing standards and technologies.