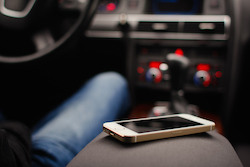 Gemalto, Sierra Wireless and Telit are set to reap the rewards of explosive growth in the mobile M2M module market over the next three years, when it is expected to treble to $4.5 billion (€3.8 billion).

The findings, published in Infonetics’ latest “Mobile M2M Modules” report, said the demand for module technology would accelerate rapidly in 2015 as countries raced to meet government mandates on smart grid investments and manufacturers sped up deployments of connected cars.

Substantial dividends are expected for Gemalto/Cinterion, Sierra Wireless and Telit in particular, which currently account for nearly two-thirds of total market revenue, according to Infonetics.

The transport segment is currently the biggest vertical for the M2M module market, the report claimed. Meanwhile, the utility segments in Europe and Asia are also seeing lots of activity, which is expected to continue until at least 2018.

Asia-Pac is currently the most rapidly-growing market from a geographical standpoint, due to “tremendous” investments being made in the technology in China.

John Byrne, Directing Analyst for M2M and IoT at Infonetics, said: “Machine-to-machine (M2M) and the Internet of Things (IoT) are transforming industries and creating tremendous opportunities for mobile M2M module vendors around the world.”

The report concluded that while shipments of 2G-based units were currently highest, the shift towards broadband technology meant 3G modules would soon offer the biggest revenue opportunities for investors.

LTE M2M modules will eventually emerge as the fastest-growing technology and make up the majority of units on shelves, Infonetics said.