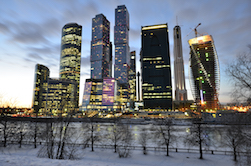 MTS has launched an 800MHz LTE network in Moscow to help expand its 4G proposition in the region’s population centres and suburbs.

The operator claimed it had doubled its coverage of 4G networks in greater Moscow since launching new 800MHz and 1800MHz networks during the past year. It upgraded over 2,000 LTE base stations and installed more than 200 small cells in high-traffic areas as part of the network improvement project.

Andrei Ushatskiy, VP, CTO and CIO of MTS, said the result was a 10 fold increase in the amount of LTE traffic generated by MTS customers in Moscow.

Ushatskiy commented: “The Moscow region is strategically important for MTS. We are actively investing in the development of the communications infrastructure in this crucial market.

“The networks we deploy are among the most advanced in the world, and we are focused on meeting customers’ demand for both mobile and fixed-line high-quality data services.”

Dmitriev said: “The advantages of using multi-band LTE networks are evident immediately; during the first month a customer gains access to a ‘fourth generation’ network, their traffic doubles.

“This obviously enables MTS to better monetise our customers and ensures that quality of coverage and speed of networks become factors in managing the customer’s churn.”

This week, MTS integrated the GSMA’s Rich Communications Service (RCS) into its Moscow network ahead of a commercial launch later this year.