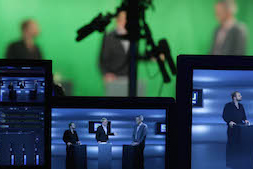 Samsung has added a new feature set to its Smart LTE Evolved Multimedia Broadcast Multicast Service (eMBMS) technology to improve the quality and efficiency of video streaming via LTE broadcast.

The company’s Smart eMBMS uses a “dynamic cell activation algorithm” that detects when multiple users on a network are unicasting video from the same source and automatically switches them to the multicast stream.

According to Samsung, this frees up network spectrum for operators for use elsewhere and allows users to access the same high-quality video stream without having to compete for network resources. As a result, operators can provide higher-quality LTE broadcast services at reduced network load, Samsung added.

Samsung said that smart eMBMS also allowed operators to select broadcast content and target it at particular areas within a cell, giving them greater control over their network. It also offered that the technology could provide new revenue streams for operators through advertising, which could be targeted at a per-cell basis.

Joonho Park, Samsung SVP and head of Global Sales & Marketing, said: “Samsung's Smart eMBMS solution is designed to provide operators with an efficient and highly effective tool for managing the extreme growth in mobile data traffic, and the prevalence of video content in particular.

“The benefits to users, which include reduced live-broadcast delays, higher quality video and a farewell to video buffering, are an important milestone for modern mobile networks to keep pace with the rapid advances in video technology."

According to Samsung, video now accounts for roughly 55% of all mobile data traffic and is expected to grow to 69% by 2018, making apparent “the need for widespread adoption of this technology.”