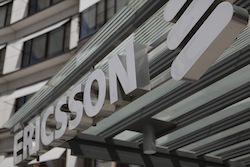 Ericsson has lifted the lid on several new products targeting next-gen connectivity, including a new 100GE router, a modular radio system architecture and an app optimisation service for operators.

In a glut of pre-Mobile World Congress announcements, the vendor lifted the lid on its multi-band and multi-standard Router 6000 series. It combines both radio and IP transport and is “the industry’s first” access router with 100GE interface in a single rack unit.

Ericsson said the line up - which consists of the 6672 access router, 6675 “pre-aggregation” router and 6274 “metro aggregation” router, had been designed to meet the demands of high-performance backhaul anticipated in the wake of next-gen technologies such as LTE-Advanced, 5G and M2M.

The vendor said the new architecture “all but eliminated” current space and site acquisition issues, allowing for setups of half the size and weight with 50 percent improved energy efficiency.

It also reduces cost of ownership by a fifth, Ericsson claimed, giving operators the capacity to invest in the infrastructure needed to support growing mobile traffic, particularly in the advent of 5G.

The system incorporates a “broad range” of new products from the vendor, including a new microcell and an LTE FDD/TDD baseband capable of handing up to 80,000 subscribers. The system is also fully backward-compatible with Ericsson’s current RBS 6000 portfolio, the vendor added.

David Krozier, Principal Analyst at Ovum, commented: “Ericsson has introduced a very forward-looking architecture for the integration of radio and IP transport systems. We believe that such tight-coupling between Ericsson’s Radio System and its new Router 6000 products is a first in the mobile industry, and offers the potential for significant improvements in network performance and operational efficiency.”

Upon launch, the new radio system will be loaded with Ericsson’s Networks Software 15B release, which was also announced by the vendor during its MWC 2015 pre-brief event earlier this week.

According to Ericsson, the new release will enable the upgrading LTE baseband hardware to support both LTE TDD and FDD standards and also includes a virtualised, carrier-grade routing system.

Ericsson said the update would also boost network performance in addition to offering new capabilities across cloud and virtualisation technologies.

The service, which provides data on local app experience and correlates it with “actionable” network KPIs, has already seen trials with Indonesia-based operator XL Axiata.

Ericsson claimed it was able to improve the performance of the Facebook app on XL Axiata’s network by between 20 and 70 percent, with upload time cut by 50 percent.

Staffan Pehrson, VP of Network Rollout, Support & Optimisation at Ericsson, said: “With our more than 5,000 Network Design and Optimisation experts and the insights we gather from countless customer projects, this new service offering will bring efficiency and competitive advantages to our customers.”