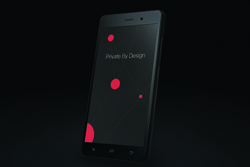 Silent Circle has launched a privacy platform for enterprises after introducing new mobile devices at Mobile World Congress this week.

The Silent Circle Enterprise Privacy Platform has been built from a “fundamentally new” mobile architecture and encompasses a combination of devices, software and services.

Bill Conner, President and CEO of Silent Circle, said: “Enterprises have been underserved when it comes to privacy. Traditional approaches to security have failed them...We have to understand that to achieve real privacy now requires security plus policy. That new equation is driving everything we do in building the world’s first enterprise privacy platform.”

Silent Circle also revealed a new feature allowing Blackphone users to make encrypted calls to those without the handsets, as well as a web-based device management system for enterprises.

New devices to arrive from the company include the Blackphone 2 and Blackphone+, its first tablet.

Phil Zimmermann, Silent Circle co-founder, said: “Enterprise privacy is similar to individual privacy. The same technologies can protect both...enterprises too have a responsibility to up their game to protect the privacy of their own people and their partners.”