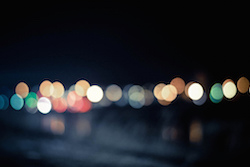 Smart LED lighting is set to be the dominant application of smart homes and cities, with a new report claiming more than half a billion units will be deployed by 2020.

Research from Gartner claimed there will be 1.1 billion "things" connected in smart cities by the end of this year, increasing to 9.7 billion by 2020. Smart homes and workplaces will account for 45 percent of total connections in this sector in 2015 but will increase to 81 percent by 2020.

Bettina Tratz-Ryan, research vice president at Gartner, said: "The majority of Internet of Things (IoT) spending for smart cities will come from the private sector. This is good news for technology and service providers as the private sector has shorter and more succinct procurement cycles than public sectors and cities."

The report said connected things in residential homes will pass the one billion mark in 2017, fuelled by adoption of smart LED lighting, healthcare monitoring, smart locks and various other sensors. Smart LED lighting will become the dominant application, growing from six million units deployed this year to 570 million by 2020.

However, the report said the opportunity for technology and service providers is through managed services and analytics. Tratz-Ryan said: "We expect that by 2020, many IoT TSPs will have grown their hardware revenues through services and software by more than 50 per cent."