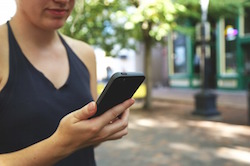 The western European smartphone market is set to peak in 2017, with a lack of radical innovation hindering future growth, new research has claimed.

A report from CCS Insight forecast that the continent's smartphone sales will peak along with those in North America within two years. Jasdeep Badyal, Analyst, Smart Devices and Pricing at CCS Insight, said: "Unless we see a major new disruption similar to the one prompted by the iPhone's arrival in 2007, we expect smartphone sales in Western Europe and North America to slowly decline after 2017."

According to Badyal, the decline in sales will come as consumers are faced with a greater choice of connected devices, from smartwatches to VR headsets.

He added: "There's a lot of competition for a household's gadget budget and a fantastic array of exciting new devices out there. Compare that with the lack of radical innovation in the smartphone sector and that's one reason why having the latest and greatest phone isn't as important as it once was.

"For many people in Europe and North America, a midrange smartphone with a reasonable camera, a nice large screen and decent battery life is now good enough."

Despite the predicted slowdown in developed markets, Apple and Android will continue to carve it up between them. Last year, CCS Insight said Apple accounted for 37 percent of global sales, up from 32 percent in 2013. Its market share hit 15.4 percent last year, with growth expected to be fuelled by emerging markets such as China, India and Indonesia.

While Google's Android is the dominant OS, Badyal warned its business model is facing a threat. He forecast more than 30 percent of Android shipments, accounting for 400 million devices, will not run Google's services.

He also predicted rival operating systems will be relegated to "also-rans", with Microsoft's Windows OS only likely to cut through if "colossal" marketing investments are made.

MWC: Samsung has the edge as HTC enters VR