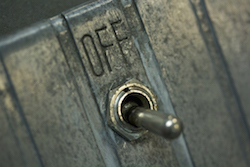 Operators are unlikely to begin switching off 2G and 3G networks until after 2020, despite the pressures on capacity, new research has claimed.

A report from Ovum said recent network closures from operators in Asia are the exception rather than the rule. Analyst Nicole McCormick said operators have concerns about the cost of maintaining legacy networks and the expense of shifting residual customers onto LTE.

Other issues that affect the decision to close networks is how many key revenues, such as M2M, voice or roaming, they rely upon on legacy networks.

McCormick said: "The majority of operators are not in a position today to close their legacy networks, nor will they be in the next 1–2 years. Rather, operators are deciding how to best manage a transition towards full network closure, given that M2M, voice, and roaming revenue cannibalization remains a pertinent issue. We don’t expect networks to be retired en masse until closer to 2020.”

She added: "Ovum believes that in some markets 3G networks may see closure before 2G ones. 2G is still an important source of revenue. LTE provides a better mobile broadband experience than 3G, and with VoLTE, LTE can handle the voice responsibilities of 3G. This points to the possibility that operators opt to close their 3G networks before they close 2G."

Earlier this month, the GSA upped its LTE predictions for 2015 from 450 to 460 commercially launched networks, after operators launched 4G networks at a quicker rate.

It found there are 644 operators spending on LTE across 181 countries, with 393 commercially deployed networks.