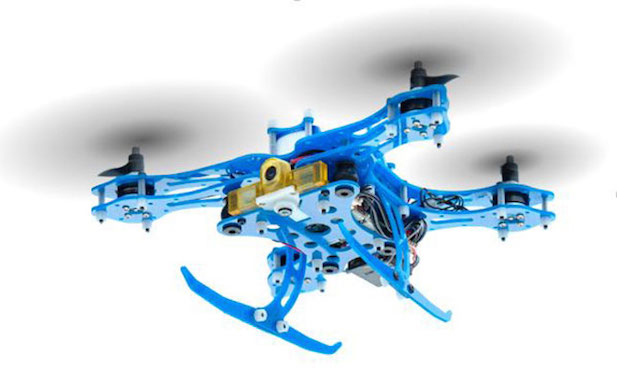 Qualcomm is building a computing platform for drones based on the company’s mobile chip.

Snapdragon Flight is a new initiative from the chipmaker to create heterogeneous mobile compute platforms for robotics based on its Snapdragon 801 processor.

The chip has been integrated into a new processing platform designed to offer “superior processing power per unit of weight” - or MIPS/gram - and which also features 4K Ultra HD video computer vision and communication, navigation and real-time flight assistance capabilities.

Qualcomm has built a prototype drone containing the new Snapdragon Flight platform, which was shown off by members of the company’s R&D team at its recent robotic events in San Diego.

Qualcomm’s R&D arm has also been working on robotics controlled by devices using its Snapdragon 410 chip.

A blog post from the company read: “These days, the smartphone you carry around in your pocket is capable of some pretty impressive feats. You can connect instantly with people all around the world, take charge of your health and fitness goals, or even capture and share life’s best moments in vivid 4K Ultra HD video. But you may not know that the same Qualcomm Snapdragon processor that makes all of that possible is now “smart” enough to be the brains of a robot.

“To that end, we’re proud to announce Qualcomm Snapdragon Flight, a next-generation development platform designed to help manufacturers build the future of consumer robots and drones.”

Drones are becoming a major fixation for companies operating within the telco realm, with Nokia, T-Mobile and Ericsson having all taken to the skies in recent months.

Operators are increasingly looking to drones to cut costs in field management and network maintenance, for example.