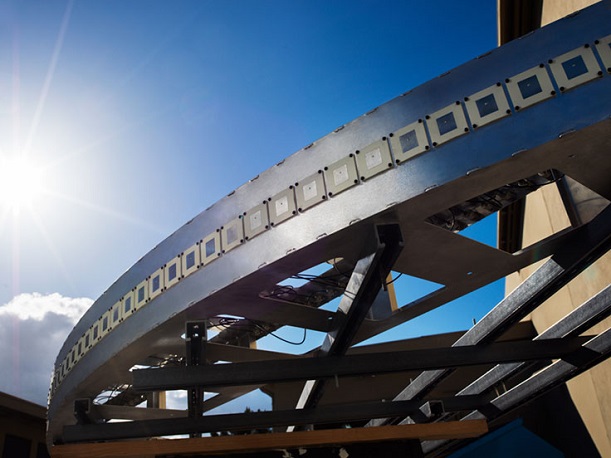 Facebook has unveiled two wireless solutions that it hopes will improve wireless connectivity around the world.

The social network used its F8 conference to announce Terragraph and Project Aries (antenna radio integration for effiency in spectrum).

The former is focused on connectivity in dense urban areas. The multi-node 60GHz system uses off the shelf components and the cloud through frequency reuse.

Facebook said up to 7GHz of bandwidth is available in the 60GHz band, although countries like the United States are seeking to expand this to 14GHz.

The radios, which are based on the WiGig standard, offer a lower cost than telco infrastructure because of their design for consumer electronics.

Nodes are placed across a network every 250 metres, with the bandwidth and signal-absorbing nature of the band limiting interference. A Terragraph network uses a steerable phase array antenna to direct the signal.

Terragraph is currently being tested at Facebook's Melo Park headquarters with plans to extend that to the city of San Jose in California.

Meanwhile, Project Aries aims to build a spectrally and energy efficient network that can deliver connectivity over an extended coverage.

It is effectively a form of Massive MIMO, comprising a base station with 96 antennas, which can support 24 streams at the same time over the same spectrum.

A working testbed of the technology has already been established, with the hope to deploy it across rural communities and city centres.

In a statement, a spokesperson said: "We would like to make this technology open to the wireless communications research and academic community, so we can help build and improve on the already implemented algorithms or devise new ones that will help solve broader connectivity challenges of the future."

The two projects were solely developed by Facebook, although it said they could be used in future by the Telecoms Infrastructure Project, the cross-industry connectivity partnership Facebook announced at Mobile World Congress.