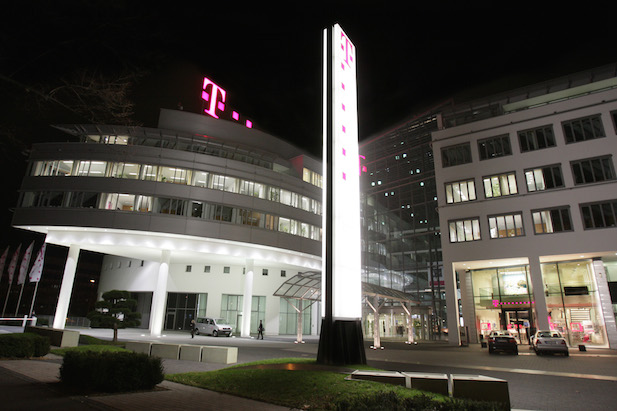 Deutsche Telekom’s new production site in Budapest is “one of the cornerstones” of its emerging pan-European network, the company said today.

The German outfit is tearing up the established rule book for multinational network operations, where each operating company develops and manages its own services.

Instead, it is looking to centralise production of specific functions and services at specialist sites within its footprint, and to serve all its operating companies from these centralised points.

The production site in Hungary will be ready to run the first services for all Deutsche Telekom’s European subsidiaries by the end of 2016.

Two more production sites in Poland and Greece are to be opened next year. With the new Hungarian site, they will form the “backend” of its “future infrastructure” in Europe.

“Within the pan-European network, individual services like SMS, voicemail or email will be provided for all countries in the form of product building-block modules. Each country can put these building blocks together in ways that result in offerings which address the demands of the local markets,” the company said in a statement.

“Furthermore, this new structure will enable Deutsche Telekom to offer newly developed services throughout Europe within just a few days. In short, each country can take a ‘pick and choose’ approach when putting its portfolio together.”

The new infrastructure, dubbed ‘Pan-Net’ by its owner, is being managed by a newly-formed subsidiary of the same name in Bratislava in Slovakia.

Deutsche Telekom Pan-Net is being headed up by Kerstin Günther, former Senior Vice President of Technology for Europe, and Sven Hischke, who also leads the company’s Europe-wide IP programme.

The new unit will handle negotiations with IT and NT vendors, and also represent the coordination and contact point for all European subsidiaries for the project.

When completed, Deutsche Telekom predicts it will be able to introduce new products and services across the continent in a few days, as opposed to a few years. Operating expenditure will reduce drastically as well.

Deutsche Telekom said in March it had “switched on” its pan-European network, as its businesses in Croatia, Hungary and Slovakia could now launch cloud-based virtual private network services for the enterprise market from a standardised platform.

The project is a central part to Deutsche Telekom’s plans to make its IP network available across its entire European footprint by 2018. It wants to connect all its networks in Europe “within the decade”.

Its operating companies in Croatia and Montenegro went all IP last year, joining Macedonia and Slovakia, which made the leap in 2014, as well as its home market in Germany, where it is supplementing 4G LTE networks with fibre, vectoring and a hybrid network.