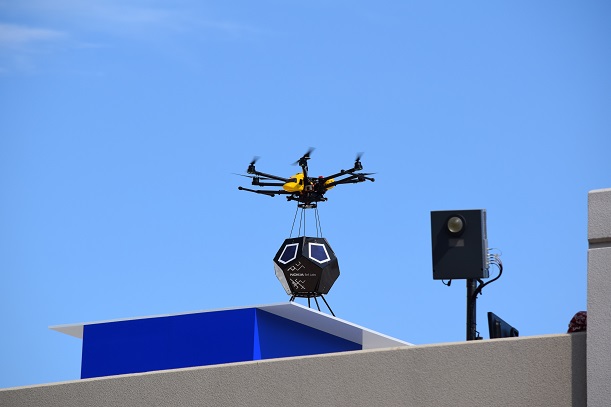 Nokia is hoping operators will "drop and forget" about small cells after launching a new kind of standalone self-powered unit.

Its Bell Labs arm has built an F-Cell, which is wirelessly self-powered, self-configured and automatically connected to a network. The vendor recently used a drone to deploy the cell to the rooftop of its Sunnyvale, California offices.

The F-Cells can be deployed as part of a closed loop, 64 antenna massive MIMO system that is placed centrally. The system can then form eight beams and transmit them to up to eight solar-powered F-Cells.

Because the solar panel is no bigger than the cell itself and the unit is standalone, Nokia said the F-Cell can solve issues with backhaul, deployment and costs.

The technology supports both non-line-of-sight networking in FDD or TDD modes, as well as a parallel operation of up to eight separate 20MHz channels, which can support speeds of up to 1GBps.

Nokia said the technology, which it dubbed as “drop and forget”, will ultimately support the ability to enable speeds of tens of GBps thanks to higher spectral bandwidths, new bands and more antenna arrays.

Marcus Weldon, President of Nokia Bell Labs and Nokia CTO, said: "F-Cell is a key breakthrough in massively scalable and massively deployable technology that will allow networks to deliver seemingly infinite capacity, imperceptible latency and connectivity to trillions of things. Nokia Bell Labs is again excited to re-invent the future and help drive what we believe will be a technological revolution, underpinned by the creation of a new digital network fabric that will transform human existence."