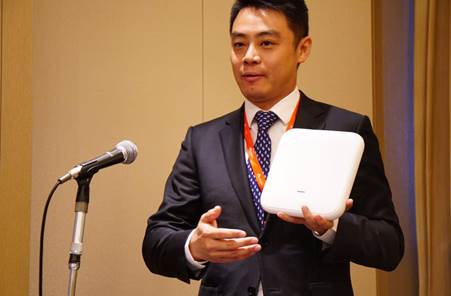 Huawei has announced an upgraded version of its LampSite indoor mobile broadband solution, based on its CloudRAN architecture.

LampSite 3.0, announced at last week's Mobile Broadband Forum in Tokyo, is targeted at enterprises of all sizes.

Huawei said the new version, with support for multi-carrier aggregation, distributed MIMO and 256QAM, will be able to break through radio bottlenecks and provides a “smooth evolution to 5G”.

Huawei said the solution, available in the second half of 2017, would also simplify indoor network deployment, allowing operators and site owners to coordinate resources and automate service provisioning from a single point.

Venue owners will be able to deploy indoor networks by themselves.

Huawei said the present LampSite version, 2.0, has seen mobile traffic growth at Beijing airport increase by up to 67 times in the 24 months since its deployment.

The new version, WTTx 2.0, improves broadband capability, with the introduction of MIMO among other tweaks, to deliver five-fold jump in spectral efficiency, compared with previous iterations.

It also provides Gbps access rates. Huawei said the product will be developed through next generation LTE and 5G technologies to eventually support access rates higher than 10Gbps.