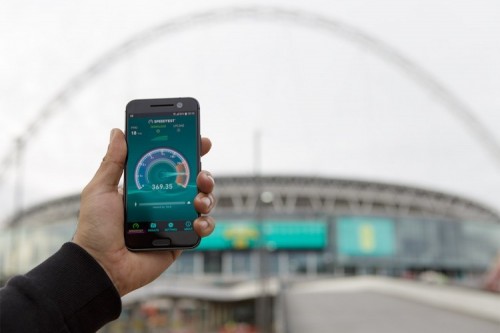 Seven million more people gained access to 4G in the UK last year with signal reliability across all mobile networks boosted by operators stepping up services.

According to mobile analytics firms RootMetrics the number of UK consumers able to access 4G networks across all four major operators jumped from 47 million in 2015 to 54 million at the end of 2016.

The findings also revealed that reliability of mobile services across all networks is improving throughout the country. Levels have increased by eight percent over the last 12 months, meaning that networks are providing consumers with a more dependable service from making calls and avoiding dropped lines to downloading and uploading data.

Scott Stonham, General Manager of Europe at RootMetrics said: “Consumer demand for data-heavy services – such as video and music streaming – is exploding. As consumers hunt for the strongest performance they can afford, mobile operators are making investments to make sure they keep up.”

The independent survey, which tests UK-wide mobile performance twice a year, found that EE had remained the best performing operator, both nationwide and in major cities, in areas such as reliability, speed, data, text and call. It was the only operator to achieve median download speeds of 20+Mbps in all 16 metros tested.

To compile the report RootMetrics collected 805,277 samples during the second half of 2016 and drove 23,984 miles – the equivalent of driving from London to Edinburgh nearly 60 times.

It said tests were conducted around the clock whilst driving and at 847 indoor locations, ensuring 100 percent of the population was covered by the results.