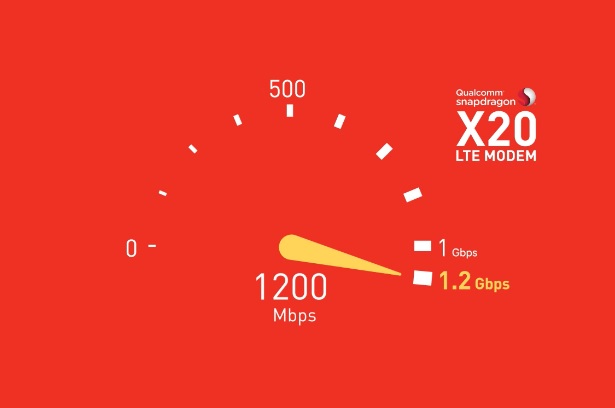 Qualcomm has made its first successful connection on 5G New Radio (NR) as it unveiled a range of products and services.

5G NR is expected to be the basis for the eventual 5G standard when it is formally specified by 3GPP in 2020.

Qualcomm also unveiled the Snapdragon X20 LTE modem, which offers download speeds of up to 1.2GBps. Qualcomm said that this is a 20 percent improvement in download speeds on its previous generation.

The modem provides support for up to five 20MHz downlink carrier aggregation across licensed and unlicensed FDD and TDD frequencies and 4x4 MIMO on up to three aggregated LTE carriers.

Qualcomm also announced new RF front-end solutions, meaning that its suite offers a full platform from the digital modem to the antenna port. New RFFE products include the QPA5460, QPA5461, QPA4360 and QPA4361 power amplifier modules and the next generation of the TruSignal antenna performance enhancement solution.

In addition, Qualcomm announced that it will offer 4G support for the Android Things operating system on Qualcomm Snapdragon 210 processors with X5 LTE modems.