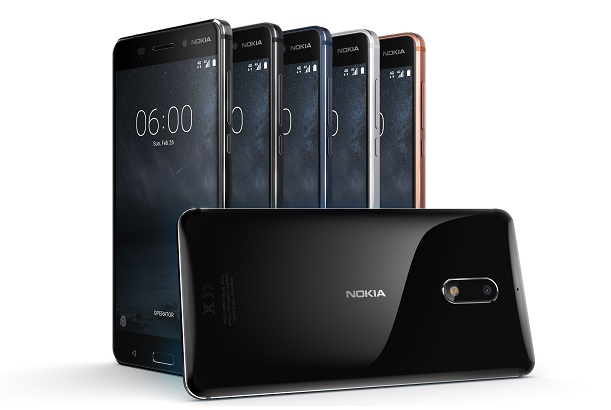 The return of the Nokia brand in the form of a new premium Android smartphone was possibly the main event. Alongside HMD, the company that is building the new phones, Nokia announced two new devices, the Nokia 5 and the Nokia 3.

The Nokia 6, currently sold only in China, will also be made available globally.

Nokia also relaunched the Nokia 3310 as a cheap (€49) alternative, with a month-long standby battery and 22-hour talk time.

In addition, Nokia announced that the Withings portfolio of connected health products would launch under the Nokia brand in summer 2017. Nokia also announced it was redesigning the Health Mate app to improve user experience as well as launching the Patient Care platform, which can be used by healthcare professionals to monitor patients using smart devices.

Nokia was not the only name from the early days of mobile phone industry that announced new devices: erstwhile rival Motorola also launched a new generation of its Moto G handsets, the Moto G5.

The company emphasised the battery life and fast-charging capabilities of the devices, as well as the 1.4GHz octa-core processor.

Meanwhile, Samsung refreshed its tablet portfolio with the Galaxy Tab S3 and Galaxy Book. The Tab S3 is designed for use in video, gaming and productivity, while the Galaxy Book is targeted at professionals.

Samsung also made the first major VR announcement of the conference, with the launch of the Samsung Gear VR with Controller, which is its first headset with a controller.

The products will be available from March in selected regions.

ZTE will be exhibiting the device at MWC, although as it is currently in the prototype stage it will not be available for tests.