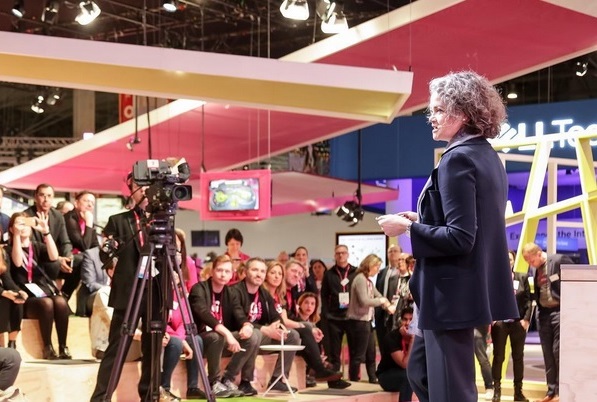 Cisco announced a range of updates to its Cisco Jasper IoT connectivity management platform, including support for NB-IoT.

The vendor said completion of live trials meant its Control Center connectivity management platform was one of the first IoT platforms to support NB-IoT.

Macario Namie, Head of IoT Strategy at Cisco Jasper, said: “With NB-IoT, an entire new segment of devices can now be connected in a cost-effective way, driving benefits for companies and their customers at mass scale.”

The company added that “many” of the more than 50 telcos that use the Cisco Jasper platform had committed to NB-IoT.

In its press conference, Claudia Nemat, Chief Technology and Innovation Officer at the Germany-based operator (pictured above), said that NB-IoT needed to work everywhere, to be secure and to be a worldwide standard.

Her comments follow the announcement earlier this month that the technology would be rolled out across its markets in Germany, the Netherlands, Greece, Poland, Hungary, Austria, Slovakia and Croatia this year.

Meanwhile, Ericsson and China Mobile demonstrated the results of a connected factory trial, which uses NB-IoT to connect devices such as screwdrivers in a factory setting.

According to Ericsson, the trial has shown benefits including longer lifespan for tools and a reduction of human errors.