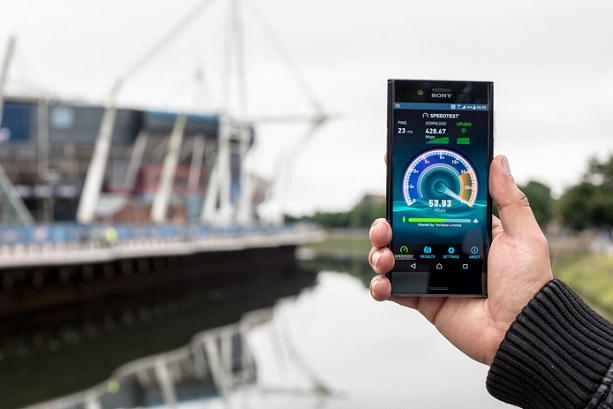 EE has hit speeds of 429MBps on its live network through a combination of dual-carrier aggregation, 4x4 MIMO and 256QAM.

It upgraded its network at Cardiff and Tech City in east London, with further upgrades scheduled for Birmingham, Manchester and Edinburgh city centres during 2017.

Customers with compatible handsets will reach peak speeds in excess of 400MBps and EE subscribers at these locations have been promised speeds of above 50MBps.

The demonstration in Cardiff used a Sony Xperia XZ Premium, the only Cat 16 smartphone available in the UK, to achieve speeds of 429MBps.

EE's demonstration is the latest to show how carrier aggregation and spectrum efficiency technologies can be used to dramatically increase speeds.

Meanwhile, EE said it was installing a permanent LTE site at Worthy Farm, the home of the Glastonbury festival. During the past few years, the operator had installed a pop-up network at the festival, which it also sponsors, to meet the demand of more than 135,000 attendees.

EE is aiming to connect 95 percent of the UK's geography with LTE by the end of 2020.