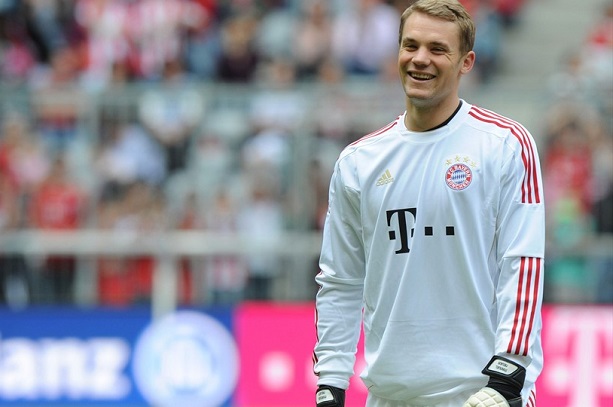 Deutsche Telekom is aiming to dive further into 5G research and deployments with the formation of a new subsidiary company dedicated to the technology, as football star Manuel Neuer made a guest appearance at its Mobile World Congress press conference.

The launch of new 5G arm MobiledgeX was one of the operator's key announcements in Barcelona, which also spanned its European Aviation Network and a new smart speaker.

The operator has set up two campuses for MobiledgeX, in Berlin and Menlo Park in the United States. The labs will concentrate on edge computing, offloading the likes of processing and storage to the cloud and reducing the weight and cost of devices. It cited virtual and augmented reality glasses as two of the use cases.

A spokesperson said: "MobiledgeX is designed to provide a platform for developers around the world in order for them to deliver revolutionary ideas for applications that require extremely low latency.

"The company is established as an independent company, allowing other network operators and industry representatives to join and help shape real-time applications."

It gave no further details about the number of employees or immediate targets.

Another new testbed, in Dresden, will concentrate on smart energy grid management by building a real-time secure 5G network, ahead of the operator's wider plans to launch 5G in 2020.

Deutsche Telekom said the testbed would explore how energy can be decentralised as it gets generated and controlled by intelligent networks. LTE-based tests will be held this year and expand to cover 5G at a later date.

Neuer held a live video call at the Deutsche Telekom press conference in Barcelona, the first public showcase of the solution, which is aimed at airlines.

Finally, the operator joined rivals in launching its own spin on Amazon's Echo smart speaker. Its digital assistant will be launched in the summer with a speaker to follow by the end of the year.

Nemat said the aim was to be complementary to Amazon's Echo, by far the market leader, rather than compete directly with it. It has been working with Orange on the software powering the speaker, dubbed Djingo.

Tim Höttges, CEO, Deutsche Telekom, added: "The core of our strategy is our network, the network we work on every day, which grows with our customers' aspirations for the future, and which will take 5G to a new dimension.

"We provide the connectivity for today and tomorrow. You can’t see connectivity, but you can experience it: when surfing the web on a plane, when drones assist the fire service, or when your home Wi-Fi is located right wherever you happen to be."