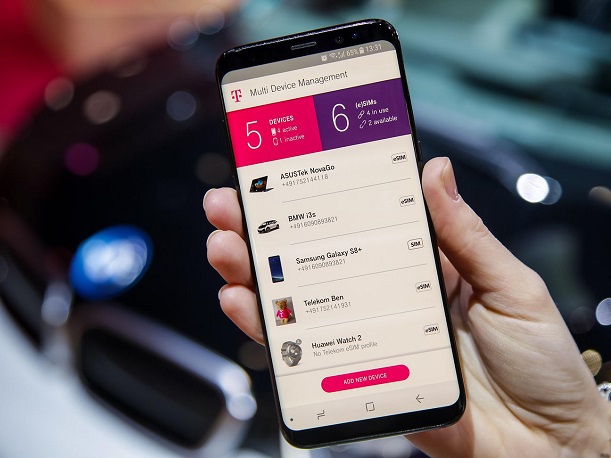 Deutsche Telekom and Telefónica have both revealed new SIM solutions at Mobile World Congress as methods of enabling the Internet of Things.

The German operator announced it had launched a new connectivity solution and associated management platform based on eSIM, the GSMA standard that enables a programmable SIM across multiple networks.

Electric bike manufacturer Greyp Bikes has used the technology in its new G6 model, allowing sensors in the vehicle to measure the user’s behaviour and then provide features such as navigation tips via a built-in monitor.

The operator also showed how the solution could connect a Huawei smartwatch, a Microsoft tablet and a BMW i3 connected car.

Alongside the eSIM, Deutsche Telekom launched a multi-device management application, allowing users to manage all products and services connected via their eSIM profile.

Claudia Nemat, Board Member Technology and Innovation at Deutsche Telekom, said: “The sector must now work hand-in-hand when it comes to promoting eSIM and the tremendous potential of this technology. Interoperability is the keyword here – everything is connected.

“We are taking a giant leap into the future and are now obtaining our first impression of what a real digital life actually feels like.”

The operator’s new connectivity platform will be able to detect cellular devices and enrol them on AWS IoT automatically, allowing them to receive security credentials over the air. Telefónica said this would add an additional layer of protection to devices.

The solution is currently in private preview, with details of wider release not yet announced.

Vicente Muñoz, Chief IoT Officer of Telefónica said: “This solution is part of Telefónica’s strategy to help its customers connect their IoT devices to the cloud.

“Security is a priority for Telefónica and this solution helps secure connection of devices to AWS IoT, bolstering cellular connectivity and SIM cards as key enablers of IoT security.

“This solution is the first initiative from the recently created Telefónica IoT Security Lab whose goal is to provide comprehensive and secure IoT solutions to our customers."