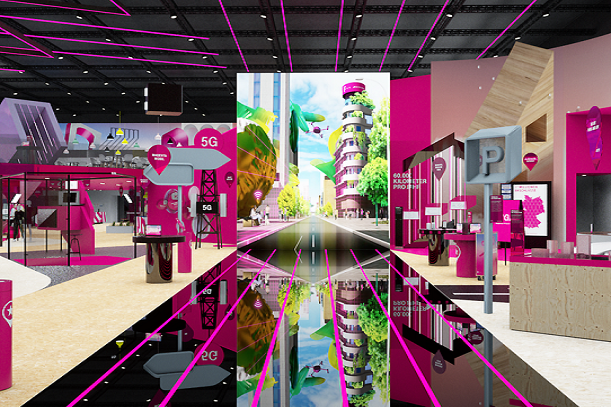 Deutsche Telekom has demanded a fair deal for operators ahead of Germany's forthcoming spectrum auction, amid suggestions the country could be opened to a fourth operator.

Dirk Wössner, the executive in charge of its German business, said the mobile industry needs help if it is to stay "at the forefront of technological progress" as a "major league player".

Speaking at the IFA trade fair in Berlin, which ends on Wednesday, Wössner laid out a series of demands he saw as critical for the health of the German telecoms market. The auction is due to take place in Spring 2019.

He said there should be no obligation to hand over every new product and technology to third parties, which he claimed would stifle the development new solutions and hit investment in rolling out networks.

He also called for no reservation of regional spectrum or mandatory national roaming. The latter is particularly vexing operators amid calls in Germany for the market to be opened up.

Earlier this month, the country's antitrust regulator said a fourth player should be allowed to enter the market. However, reports suggest the telecoms industry regulator BNetzA will allow national roaming in the event of an operator having a dominant market position.

He said: “We anticipate that the volume of investment for the sector will be considerable.

“Figures of this magnitude are not to be taken lightly – nobody is going to be paying for it out of their petty cash.

“One thing should be clear – we can’t have a situation where only some are investing and bearing the risks while others only reap the rewards.

Finally, Wössner said the regulator needed to be realistic about 5G expansion, arguing the technology will be deployed where technically feasible. Comprehensive coverage would be fulfilled through a mixture of broadband and LTE.

He added: “In order to continue this success story, dependable and fair framework conditions need to be in place for spectrum auctions. Companies purchasing frequencies, thereby investing large sums in the networks and taking on considerable risks, do not wish to be subject to regulatory experiments."

Meanwhile, Deutsche Telekom unveiled its smart speaker at the event, with 1,000 of its customers to "train" the device.

Consumers can sign up to receive the device free of charge. The speaker can operate devices and use services through the "Hello Magenta" voice command. It is built using software it developed with Orange, whose smart speaker goes on sale later this year.